People who lived in ancient settlement in central Turkey migrated to Europe: archaeologists 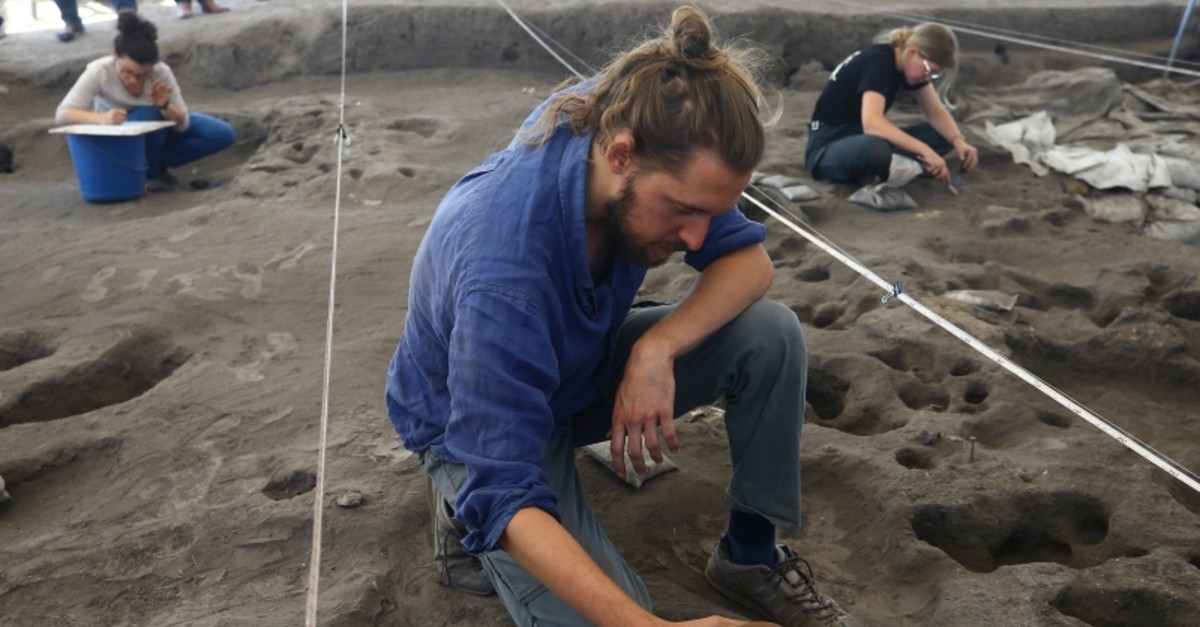 Excavations at the 10,300-year-old Boncuklu Höyük settlement mound in Turkey's central Konya province have revealed that the people who lived in the settlement migrated to Europe, the archeologist leading the excavation has said.

Liverpool University Professor Douglas Baird told the Demirören News Agency that after analyzing DNA samples from Boncuklu, they discovered that the settlers who lived there had moved to southeastern Europe.

"We have determined that people made commercial trips to Europe for the exchange of agricultural products," he said, adding that they also compared DNA evidence discovered by their European colleagues.

Baird noted that they are currently trying to reveal the blood relations between communities that lived in Boncuklu and southeastern Europe.

Archeologists found out that grains such as wheat, peas, and lentils were used in the region 10,000 years ago, but agriculture was not common in the settlement as it was in Çatalhöyük.

"However, when we look at architecture and settlement practices, this is a settlement that was established a thousand years before Çatalhöyük. So, we can say that the area is the ancestor of Çatalhöyük," Baird said, adding that they have discovered that those who lived in the area were also capable of taming the animals unlike Çatalhöyük.

"The houses were built independently of each other. There are areas where daily activities were carried out and areas where meals were cooked. A shared kitchen area was also available. This shows that they interacted with each other," the professor said. He continued by adding that they found out that people buried their dead inside their homes as well as in their yards.

Baird also said that they discovered skulls of some animals, especially oxen, carved on the walls which may offer clues about the people's belief system.

The excavations at Boncuklu are carried out by a team of 60 and co-led by Professor Gökhan Mustafaoğlu from Zonguldak Bülent Ecevit University.