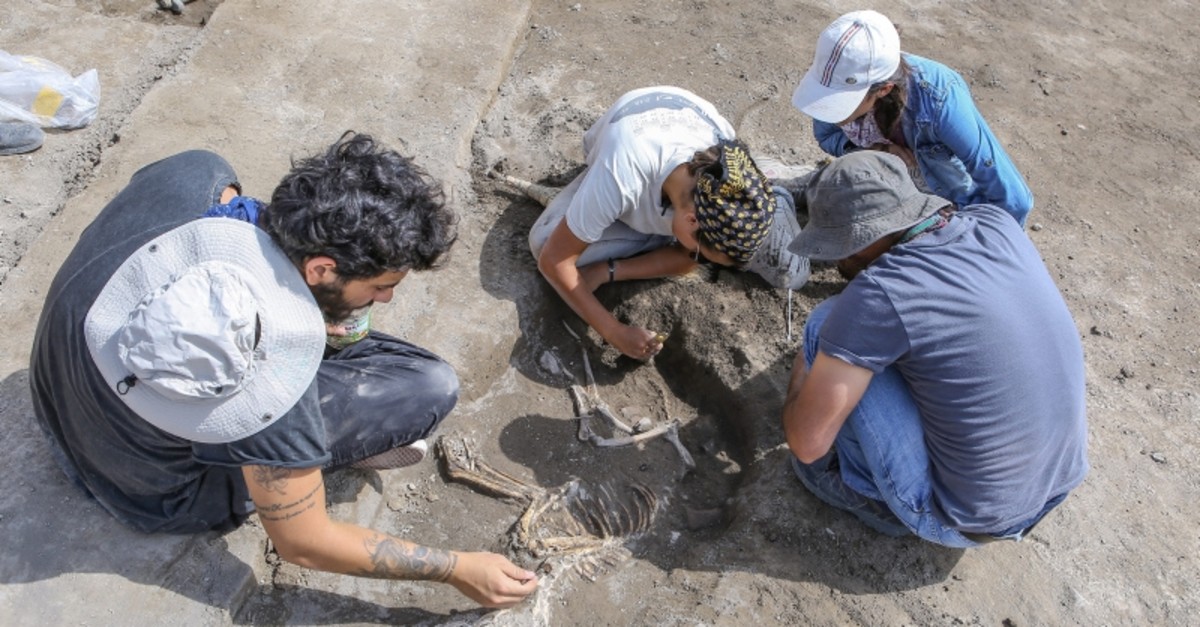 A team of 50 archeologists and scientists from ten different universities currently study the historical background of the province and work on a tumulus where they had previously found artifacts dating to Urartian civilization.

Erkan Konyar, an academic leading the research team, said the archeological excavation site was of huge importance for the history of Turkey and the civilization of humankind.

"We have found terracotta pots, houses and building remains of the era," he said, and added: "That was quite a surprise for us because nobody has reached such data in the past 60 years."

The findings indicated that Van province had an ancient history dating to 3,500 B.C., known as early Bronze Age, he said.

"The people of the early Bronze Age lived in adobe houses with a size of three square meters," he said, adding that they had livestock and primitive agriculture to survive.

The remains found during the excavations would shed light on the province's history with their hard work, Konyar said.