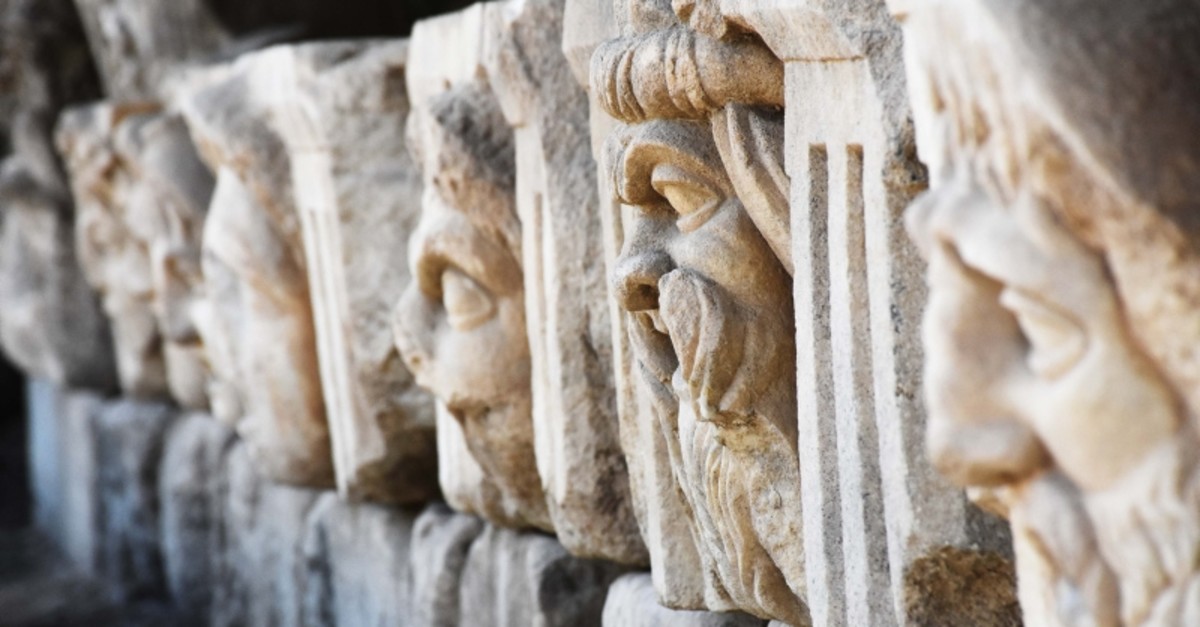 Archaeologists discovered 2,200-year-old masks in the ancient city of Stratonikeia located in the Yatağan district of Turkey's southern Muğla province.

Some 17 masks engraved on marble blocks were unearthed during excavations near the stage in the ancient theater, led by Professor Bilal Söğüt from Pamukkale University, reports said.

Professor Söğüt told Anadolu Agency that they have taken the masks unearthed during excavations under protection.

"This is a happy development for us," the professor said, adding that the masks they discovered include imagery of gods and goddesses from different cultures and faiths.

Söğüt noted that the masks will be displayed to visitors at the site after all work has been finished.

The 3,000-year-old ancient city of Stratonikeia, located just seven kilometers west of Muğla's Yatağan district, was situated at the crossroads of main routes that connected western, central and southern Anatolia, which were inhabited continuously from the Late Bronze Age to the present day, and hence was a very strategic city.

Excavations in Stratonikeia, also known as the "city of gladiators," first began in 1977 under the leadership of Professor Yusuf Boysal, and more remnants belonging to Hellenistic, Roman and Byzantine eras have been unearthed since, along with structures belonging to Seljuk, Ottoman and the Turkish Republic eras.

Stratonikeia was registered on UNESCO's Tentative World Heritage List in 2015.