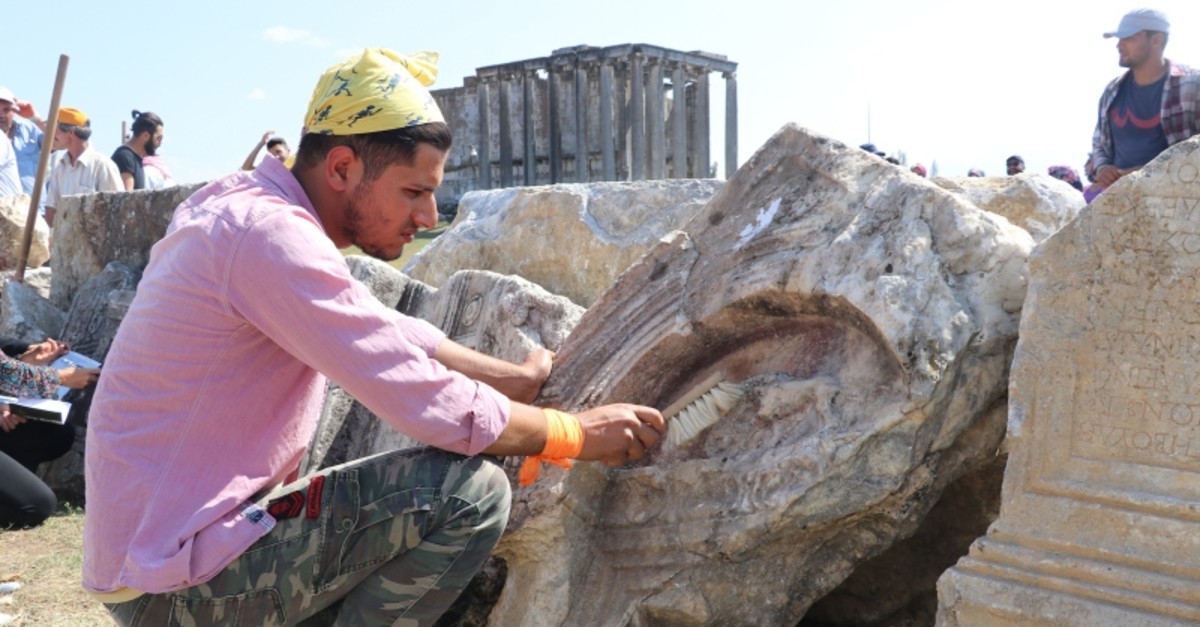 Tombstones unearthed during the excavations in the ancient city of Aizanoi in western Turkey's Kütahya province revealed important details about the lifestyle of the people of the era, head of the excavation team said Monday.

Ahmet Türkan, who is the acting head of the excavation team, told Anadolu Agency that they have formed an inventory of some 500 gravestones that were found so far. He noted that these findings shed light on information about the Roman era city as well as the lifestyle of its inhabitants, including how they lived, how they treated death, how they wanted to be remembered, what they ate and drank and what their occupations were.

Türkan said that they came across poems about the deaths of young people, children, babies or even unborn infants on some tombstones that described the suffering of their relatives.

"From the tombstones, we can observe the mourning process of the relatives of the dead," Türkan said.

He noted that the tombstones also revealed the professions of the time, adding that they have come across graves belonging to lawyers, notary, teachers, road guards, as well as chief physicians.

Located in Çavdarhisar district, some 57 kilometers (35.4 miles) away from Kütahya center, the city of Aizanoi had attained the place of a religious center under the Roman Empire in 133 B.C. But, lost its importance during the early Byzantine period.

The flat area around the Temple of Zeus was transformed into a fortress in the medieval period and was used as a base by the Çavdar Tatars in the 13th century. It was discovered by European travelers in 1824.

Excavations carried out by the German Archaeological Institute from 1970-2011, unearthed various ancient structures, including the Temple of Zeus, 20,000-people capacity theater, 13,500-people capacity stadium and two baths in the ancient city which was included to the UNESCO World Heritage Tentative List in 2012.