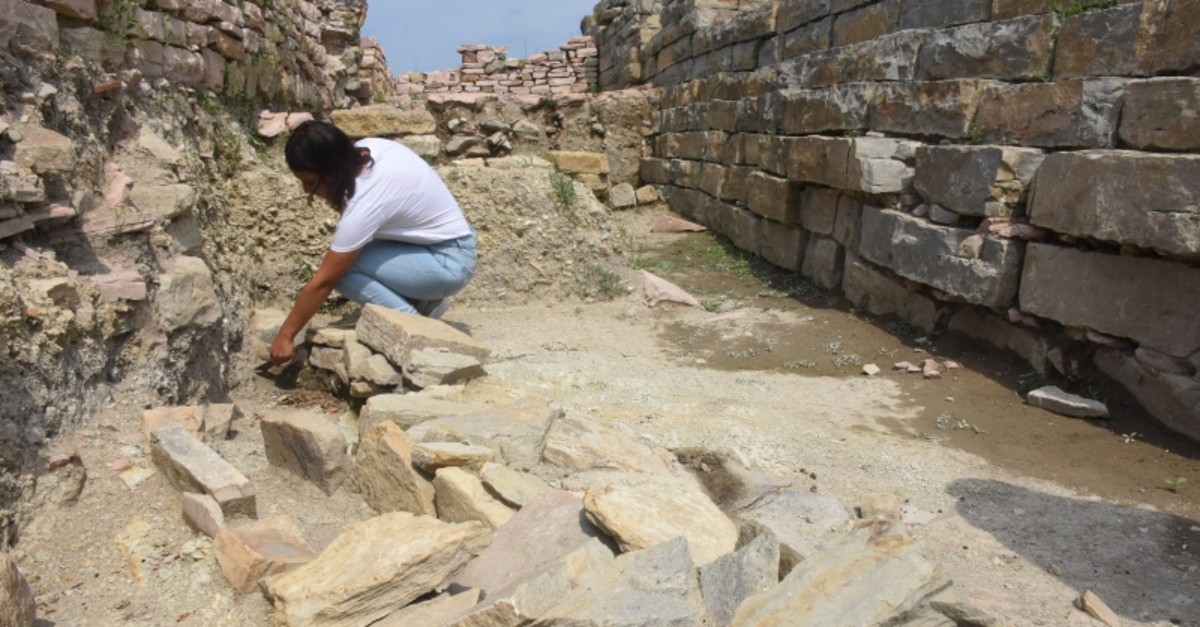 An iron ore pit discovered in the ancient city of Tium in Turkey's Black Sea province of Zonguldak will welcome tourists after excavations are complete.

Archaeologists are working hard to unearth the iron ore pit in the ancient city, located in the Çaycuma district, associate prof. Şahin Yıldırım from Bartın University who leads the excavations told Anadolu Agency on Thursday.

Şahin noted that the pit was discovered in the upper part of the city, referred to as the "sacred" part.

"We came across iron ore pits dating back to the seventh century B.C., a time when cities started to be formed in the Black Sea region," Şahin said, adding that their finding is related to the city's economy and indicates that the ancient people had been engaged in mining for a long time.

Situated in the coastal town of Filyos in Zonguldak, Tium was established by a colony from the city of Miletus possibly under the leadership of a priest named Tios. The city was located between Heraclea Pontica (Ereğli district) and Amastris (Amastra district) and existed through many civilizations.

Researchers and travelers started to carry out research in the ancient city in the second half of the 19th century. The excavation works which started in 2006 are expected to shed light on the history and archeology of the Black Sea and Asia Minor regions.