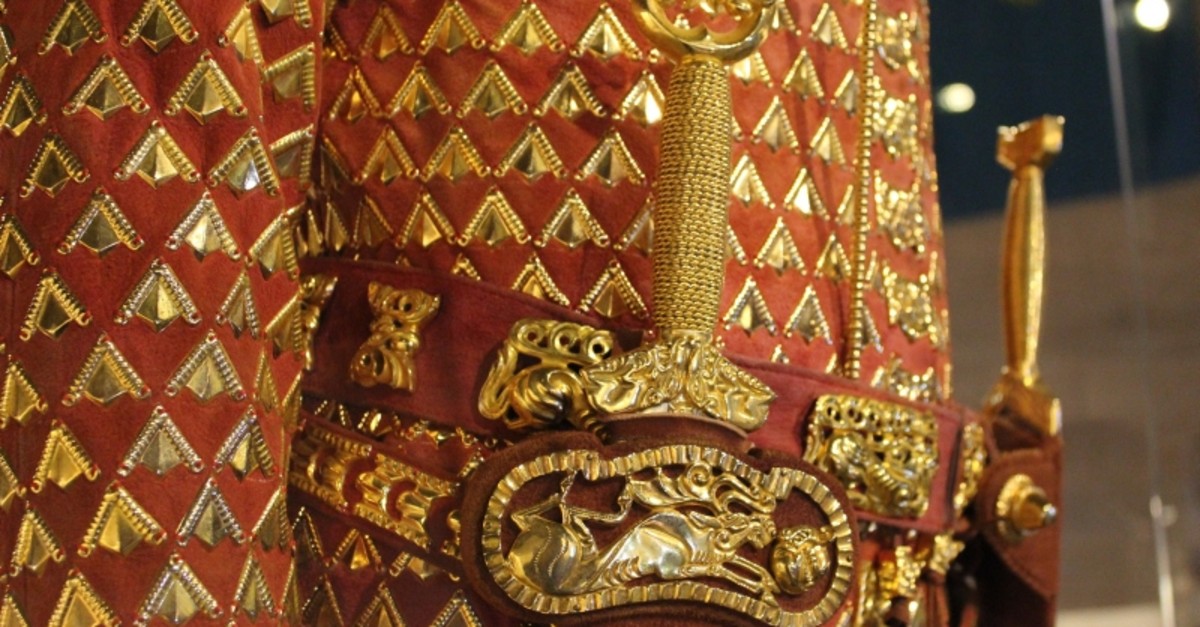 The intricate gold armor belonging to an ancient Scythian warrior referred to as the "Tutankhamun of Central Asia" has been brought to Turkey and is being exhibited at the Museum of Anatolian Civilizations in Ankara.

The magnificent armor was discovered inside a cairn-type burial during construction works in Kazakhstan in 1969. It has over 3,000 triangular gold plates and is engraved with leopard, eagle, panther, ram, deer, mountain goat, horse and bird motifs. 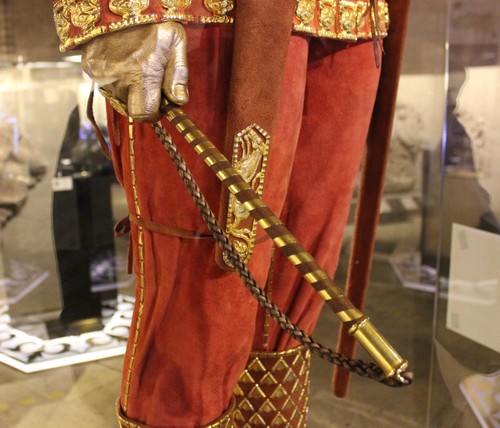 The ancient armor was brought to Turkey as part of a Kazakh project to promote its historical heritage in world museums, reports said.

It will be on display for visitors to see until Oct. 12, reports said.

The armor consists of a short V-neck kaftan with tight cavalry-type pants and short boots and a gold engraved headpiece.

A long iron-studded sword with 150 gold plates of different sizes, a dagger, and a gold studded whip are also displayed as part of the armor in addition to a ring allegedly used as a seal by the ancient emperor. 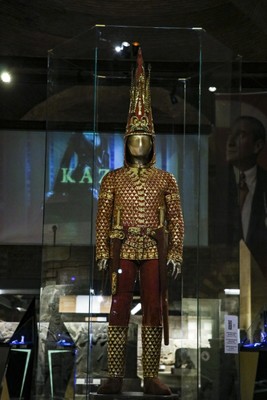 The discovery of the burial 50 years ago had revealed that a great Turkic state with its own written language existed 2,500-years-ago.

Two lines of writing found on a silver scoop is regarded as the world's oldest Turkish text.

The Kazakh Ambassador to Ankara Abzal Saparbekuly told the Anadolu Agency that the armor is a rare piece that displays Turkic history.

The ambassador noted that Kazakhstan's founding President Nursultan Nazarbayev refers to the piece as the Tutankhamun of Central Asia.

"The Golden Man's burial chamber had the most number of belongings following [Egyptian Pharoah] Tutankhamun," Saparbekuly said, adding that five other golden men and women were discovered in different regions in Kazakhstan dating back to the Scythian period.

The exhibition had previously been displayed in Belarus, Russia, Azerbaijan, China, Poland, South Korea, Uzbekistan and Macedonia, the ambassador said, adding that it will also be exhibited in Malaysia and some European and American countries.