Autumn arrives in Ani, the cradle of civilizations 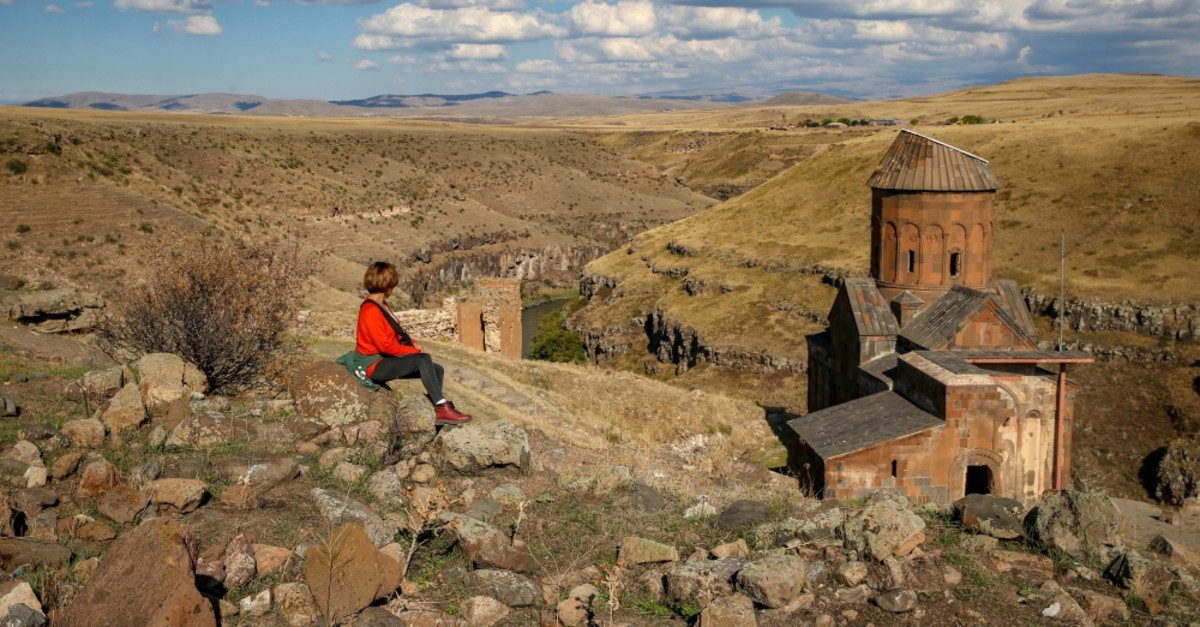 Regarded as a cradle of civilizations that has seen many dynasties throughout the centuries, the Ani archaeological site in Turkey's eastern province of Kars is growing in popularity with local and foreign tourists, especially after it was added to UNESCO's World Heritage List in 2016.

The city, which has been home to 23 civilizations, is now flooded with tourists once again as the region welcomes autumn. Nicknamed "The City of Tolerance," Ani hosts tourists and offers them a chance to visit Ebul Menucehr Mosque, the Church of the Holy Redeemer, a cathedral, Surp Stephanos Church, the Church of St. Gregory of Tigran Honents and the Church of St. Gregory of the Abughamrents. Coming to Ani all the way from Australia with her husband, Anika Willimamson said they came to Turkey to see the natural and historical beauty and found themselves in Ani. "After touring Istanbul, we came here and were delighted by the things we have discovered. Turkish people are very hospitable," said Willimamson.

Tekin Ömür, one of the local tourists, on the other hand, said his family is actually from Kars, but this is the first time he has visited his ancestral home. "I had no idea how beautiful the city of Ani is. It is important to tell people how wondrous this place is. I will definitely talk about this place to my friends when I get back to Istanbul where I live," Ömür added.

Apart from history enthusiasts, Ani is also a favorite spot for amateur and professional photographers. Amateur photographer Mine Su Canikoğlu was one of the tourists who came to eastern Turkey for the best shots. "People who visit this region should come here as well," said Canikoğlu. "The archeological site of Ani offers amazing shots for photographers. I personally like the caves in the region." Located on the Turkish-Armenian border close to Arpaçay district in Kars province, Ani was once used as a capital by Armenian rulers in the Bagratuni dynasty between 961 and 1045 B.C. The ancient city, which houses Islamic architectural works of the 11th and 12th centuries, was added to the World Heritage List on July 15, 2016.

The first settlements in Ani were in the 3000s B.C. Throughout the city's history, the Saka Turks, Sasanians, the Bagrat Kingdom, Byzantines, Sheddat Beylik, Ani Georgian Atabeys, Harzemshah State, Ilkhanids, Seljuks, Karakoyuns and Akkoyuns reigned once at the site.