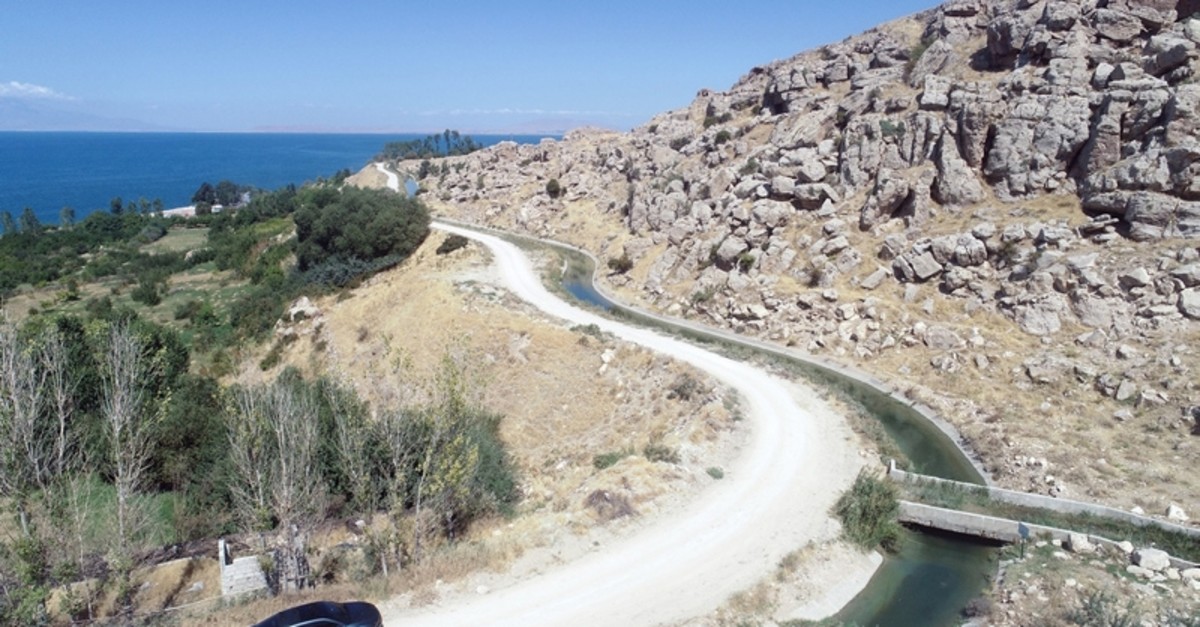 Work is underway to revive the 2,800-year-old Şamran Irrigation Channel for tourism, which was built during the Urartian Kingdom and is accepted as a world water engineering wonder.

The channel, which is 51 kilometers long, was built to bring water to the city center from Van province's Gürpınar district on the order of the Urartian King Menua, who ruled from 810-785 B.C. It is one of the most important Urartian architectural works to remain intact.

It is intended that the road along the channel, which is known as the oldest irrigation channel in history, will be introduced to tourists and used for bike tours or various other activities within the scope of the Urartian Development Corridor project prepared by the Municipality of Edremit.

In a written statement, Edremit Mayor Ismail Say said that they have prepared this project to open the road route of the historical channel to tourism. Noting that they plan to build walking trails on the 18-kilometer-long line along the channel, Say said: "We have planned tracks as parks, camping and resting areas here. We have created areas where you can cycle or have a rest. In this sense, people will experience this 3,000-year history while getting exercise. This project will contribute to both domestic and foreign tourism."

Say noted that the first walking route in Turkey was the Lycian Way. "We will gain the second route to Van and the region in Turkey with this project."

Referring that the Urartians are one of the most well-known civilizations in the ancient world, he continued: "Van is a province which was the capital of this civilization. Edremit is also one of the centers used by the Urartians. They built significant works here. Among them, the Şamran Irrigation Channel is the most important one. We are carrying out work to introduce this site to tourism. This project is not only a national one. It will contribute to tourism by making its mark in the international arena."