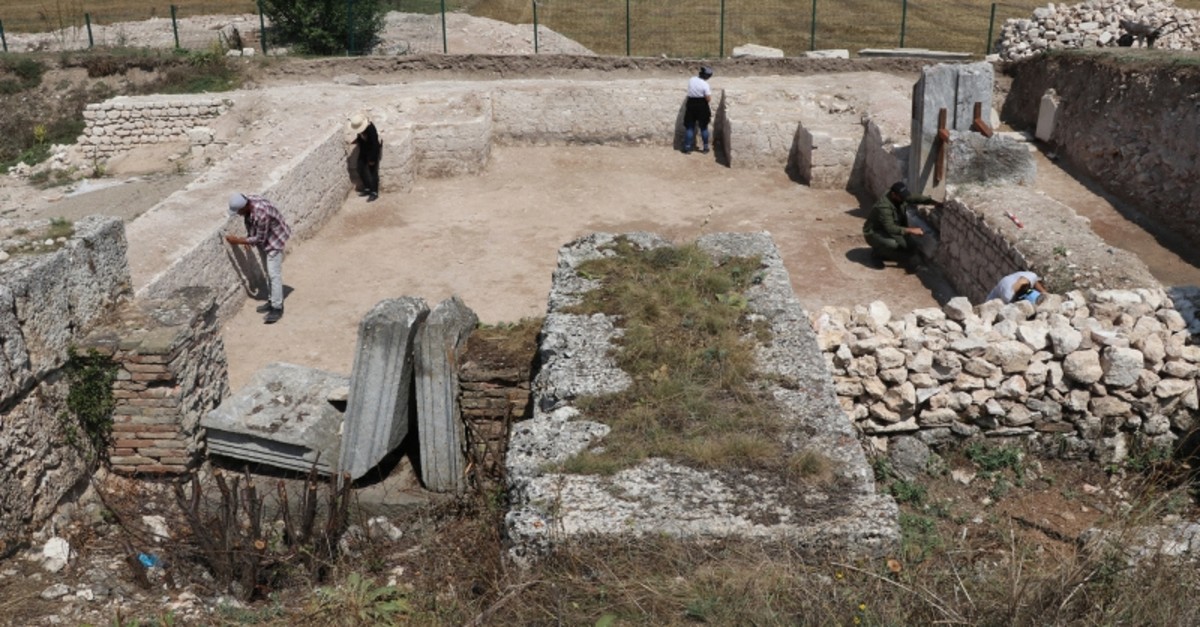 Archaeologists have unearthed remains of a bathhouse in the ancient city of Aizanoi in western Turkey.

Talking to Anadolu Agency, Zerrin Erdinç, deputy head of the excavation team, said that the bathhouse appeared to have been from 4th century B.C. It consisted of three parts that provided cold, warm and hot bath facilities.

"The structure and other details reveal that social classes were using them as public baths in ancient times," said Erdinç, who is also an academic at Dumlupınar University in Kütahya.

Romans could spend a whole day in the baths, as they were also seats for communal gatherings. Men and women used the baths at separate hours.

"There are also striking similarities between the ancient and modern-day baths," she added.

The remains of the bathhouse show that it had various sections meant for different purposes, like undressing, bathing, sweating, resting and eating.

"These required separate rooms with specific facilities, which the Romans had built painstakingly to accommodate different purposes," said the archeologist.

Archaeologists said the area added to the UNESCO World Heritage Tentative List in 2012, has revealed settlements, dating back to 3000 B.C.

Located some 57 kilometers (35.4 miles) away from Kütahya center, the city of Aizanoi had attained the place of a religious center under the Roman Empire in 133 B.C. But, it lost importance during the early Byzantine period.

The flat area around the Temple of Zeus was transformed into a fortress in the medieval period and was used as a base by the Cavdar Tatars in the 13th century. It was discovered by European travelers in 1824.

The Temple of Zeus was the first of the magnificent structures built in Aizanoi's city center on the west bank of the Penkalas River (now known as Kocaçay).