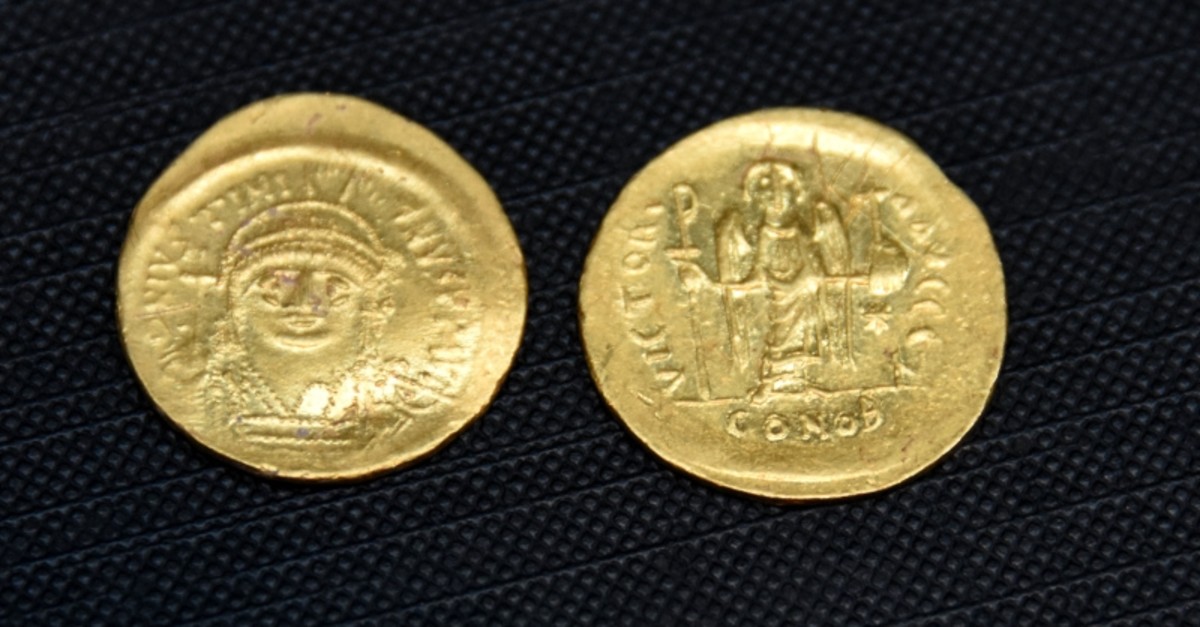 Archaeologists have discovered 68 gold coins, dating back 1,500 years to the Byzantine era, in the village of Gülpınar in northwestern Çanakkale province.

The small treasure was found on August 7 at the bottom of a wall of a Byzantine house during excavations in Ayvacık district.

Speaking to the press to announce the remarkable find, Prof. Coşkun Özgünel said they had determined that the coins belonged to the eras of Justinian I and II of Byzantium, and were from the years 550-575 A.C. Some gold coins contained a figure of Emperor Justinian I holding a globe with a cross on it and a shield. 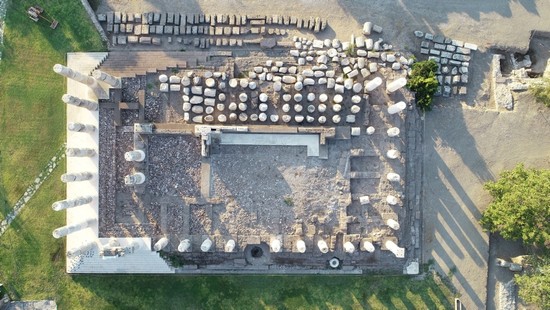 The discovery of the coins, coupled with the findings from ongoing excavations in and around the Temple of Apollon Smintheion, showed that the area had witnessed the late Byzantine era.

Pointing out that excavations in the village have been continuing since the 80s, Özgünel said: "The significance of the treasure found this year is that it is of a specific period. It belongs to the second half of the 5th century, which roughly translates to around 550-575."

"As you know, gold is not a material that rusts like bronze. We were covered in mud because the area got flooded due to rainfall. After cleaning the area, we found 68 gold coins large and small."

Özgünel said that although the coins ranged in sizes and were of different weight in grams, they had very little differences overall.

"We've called this a treasure but it is actually an accumulation, a savings of some sort. The owner of these coins certainly had worries about his/her future, hence was saving up all this gold," he added.

Özgünel said seeing people in the 5th and 6th centuries be interested in gold as much as they are today was noteworthy. Saving gold coins is still a popular way of personal savings today in Turkey though newer generations tend to deposit gold coins they bought or were gifted at weddings in banks, rather than their residences. "Thus, this is both a sociologically and ethnologically important discovery," Özgünel said.

The coins will soon be displayed at the Museum of Troy in Çanakkale.