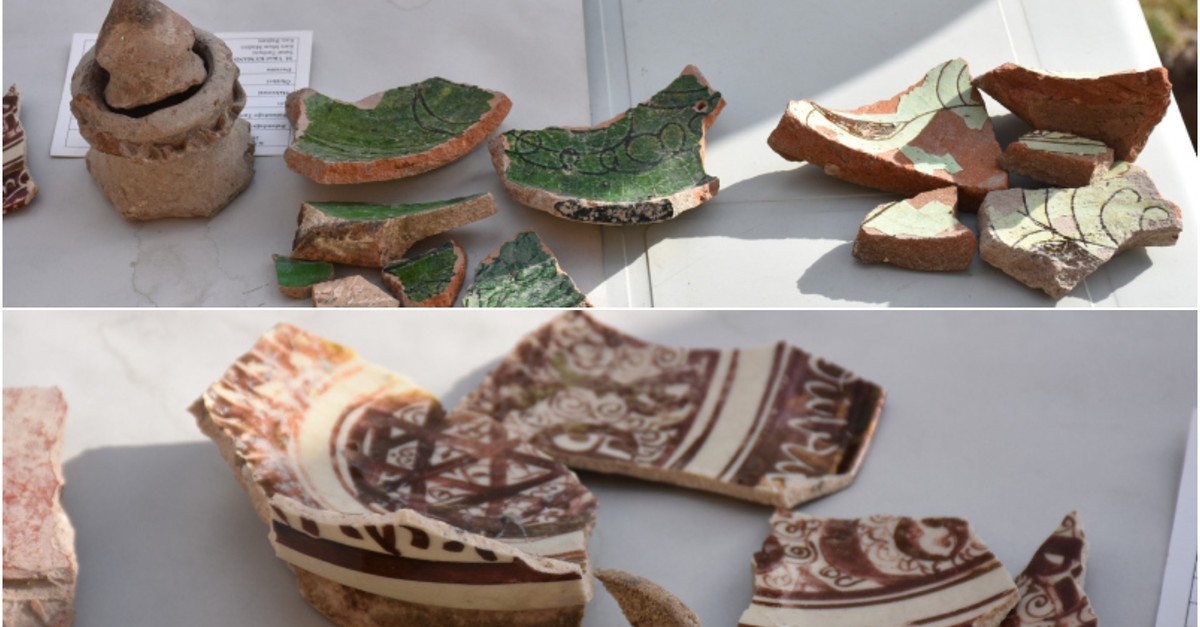 Various glazed and unglazed ceramics belonging to medieval civilizations as well as the Anatolian Seljuk Empire were found during excavations carried out at the abandoned ancient archeological site of Ani on the Turkish-Armenian border, officials said Monday.

The excavations at the site, which is on UNESCO's World Heritage List, have been continuing for almost 120 years. This year's excavations were launched in September by the Museum Directorate under the guidance of academic members from Kafkas University in eastern Turkey's Kars province.

Assistant Professor Muhammet Arslan from the Art History Department, who is the scientific adviser to the excavation works, told reporters that they have unearthed a variety of objects, including "glazed and unglazed ceramic pieces from the Middle Ages and the Seljuk period."

"It will be possible to exhibit these findings after a more thorough examination. We are carrying out the excavations meticulously, we are paying attention to every single detail," Arslan noted.

Kars Governor Türker Öksüz said with the excavations, they aim to show the historical and cultural importance of the region, as well as pass down the "magnificent richness of the site to the next generations."

Located on a volcanic tuff layer on the Turkish-Armenian border, 42 kilometers east of Turkish city Kars, Ani was an important medieval city and an Armenian pagan center. The city, the history of which dates back to 5,000 B.C. to the Chalcolithic period, was the capital of the Bagratid Kingdom of Armenia between the years 961 and 1045.