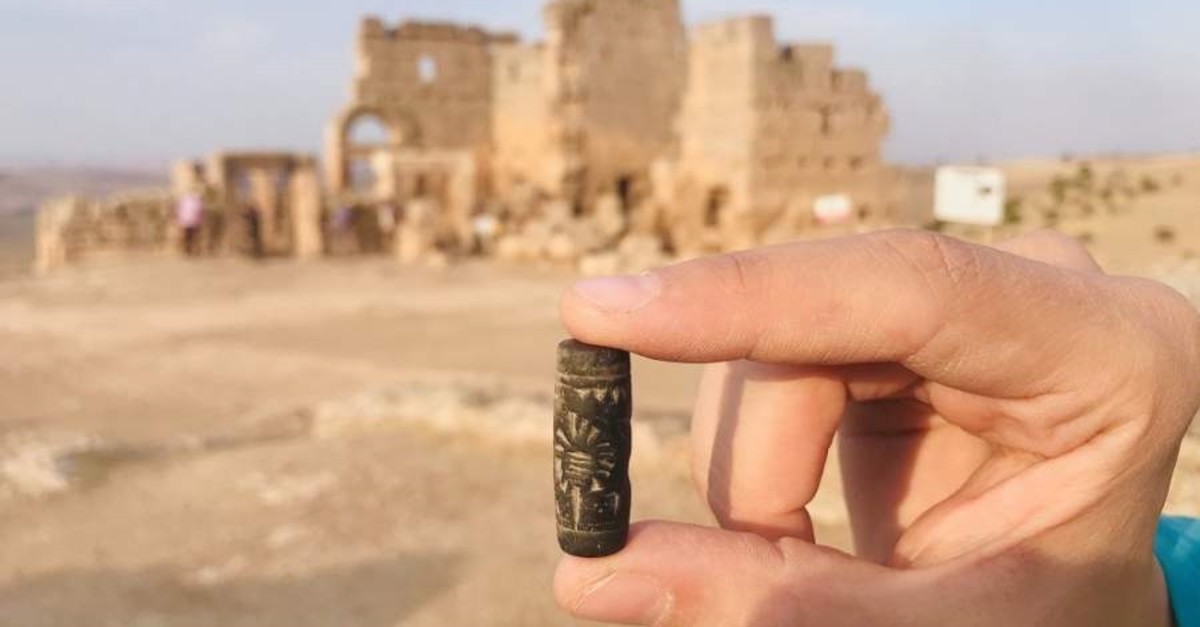 Archaeologists discovered a 3,000-year-old stamp believed to belong to the Assyrians during excavations carried out at the Zerzevan Castle in southeastern Turkey’s Diyarbakır province.

The excavations at the castle, which was used as a military settlement area during the Roman-era, were initially launched five years ago under the coordination of the Culture and Tourism Ministry.

The stamp was found near the underground sanctuary located within the castle compound, which contains remnants of the city wall — which is 12-15 meters high and 1,200 meters long —including observation and defense towers, a church, an administration building, cereal and ammunition storehouses, an underground sanctuary, rock tombs, water canals and a cistern.

Aytaç Coşkun, who leads the excavations, told Anadolu Agency that the discovery is very important since it shows that the castle area actually dates back almost 1,200 years earlier than was previously thought.

Çoşkun said that the chlorite stamp, which has a clay imprint, is the only example of its kind due to the unique figures engraved on it.

Coşkun said that stamps were personal items, adding that the newly-discovered artifact may have belonged to someone of high importance during Assyrian times, such as a high-level administrator or a general.

Çoşkun added that various other bronze artifacts were also unearthed during the excavations, which further shows that the area was inhabited long before the Romans, by the Assyrians.

Zerzevan Castle, also known as Samachi Castle is an important former military base. It is located in the Demirölçek neighborhood, 13 kilometers from the Çınar district center. The excavations at the site have revealed important underground structures including a temple of Mithraism, an ancient mystery religion. The castle was also used as a civilian settlement between the 1890s and the 1960s. The area is now partly open to tourists.