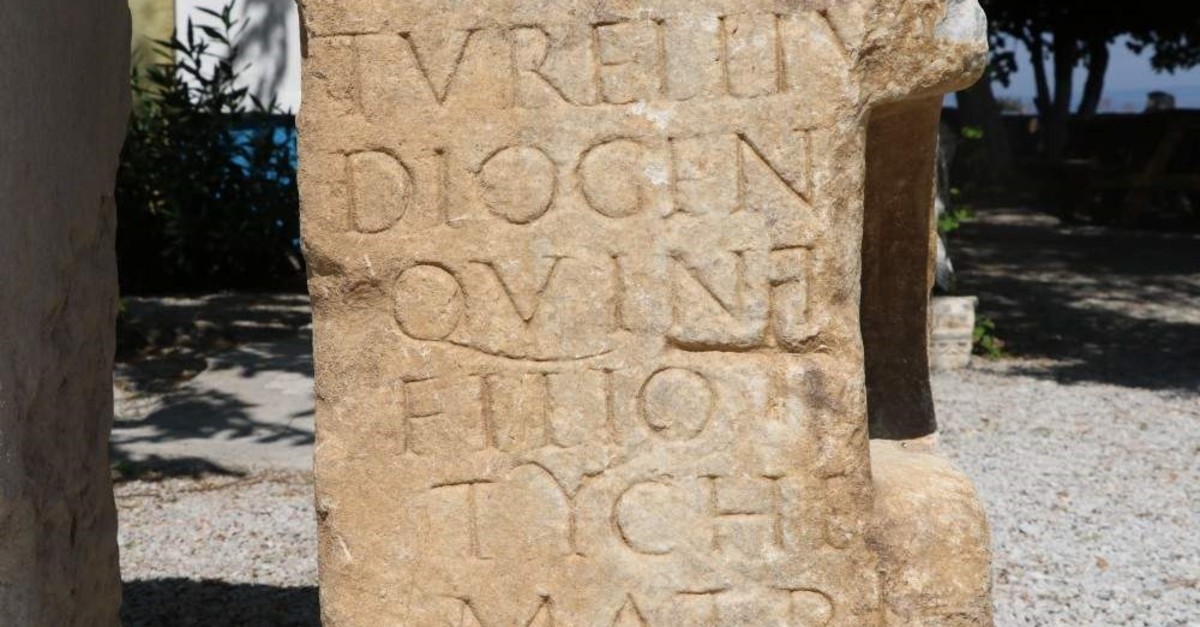 Archaeologists have discovered a mausoleum tablet estimated to be 1,900 years old in the ancient Greek city of Parion in Çanakkale's Biga district in northwestern Turkey.

Vedat Keleş — an archaeology professor at Ondokuz Mayıs University, who led the excavations in the area — told Anadolu Agency that the newly-discovered tablet is a Roman-era epitaph dedicated to a dead mother and child.

"There are two ancient Grecian names on it, Diogenes and Tykhe," Keleş said, noting that this points to the existence of an ancient Greek community living in the area while the city of Parion was a Roman colony.

"It was probably located on a monumental tomb in the southern necropolis of Parion," Keleş said.

The tablet also shows that the first Roman colonialists sometimes married Greek residents of Parion, Keleş said, speculating that the father may have given his child a Grecian name out of respect for his wife or as a jest to the Greek population living in the region.

Parion, also called Parium, was an ancient Greek city founded in 709 B.C. It had two major harbors during the Roman era and served as the main customs station for goods from the Aegean.

Archaeologists have been carrying out excavations at the ancient site since 2005. Sarcophagi, graves and ancient artifacts have been found in the area.