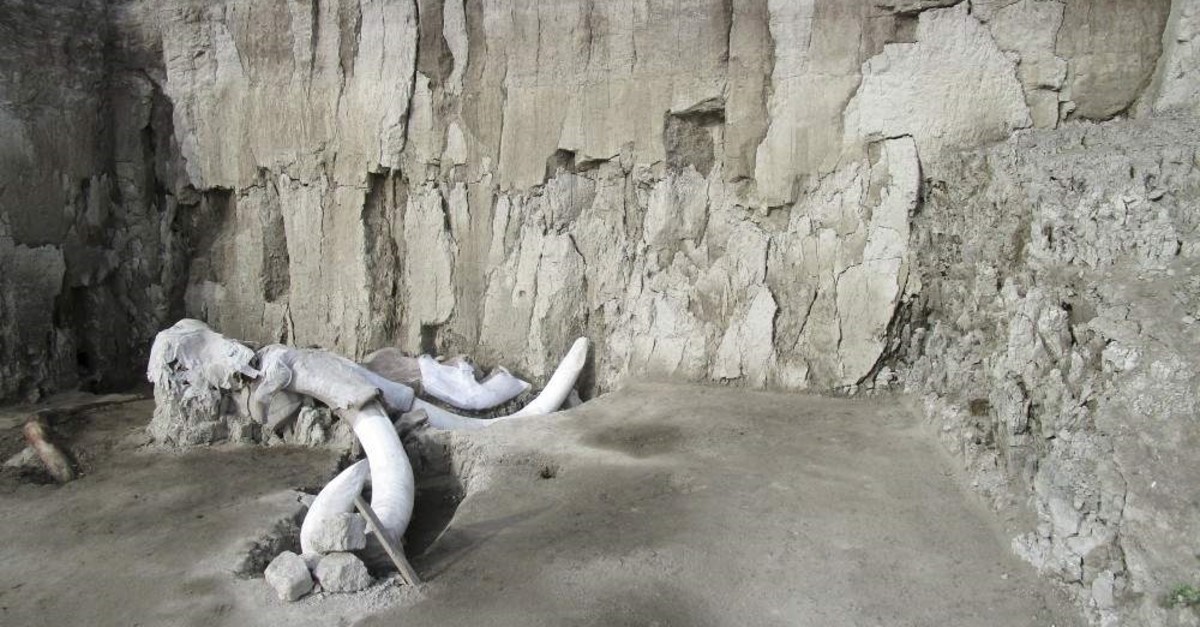 In this undated photo released by Mexico's National Institute of Anthropology and History, INAH, mammoth bones lay at an excavation site in Tultepec, just north of Mexico City. Mexican anthropologists say they found two human-built pits dug 15,000 years ago to trap mammoths. (Mexico's National Institute of Anthropology and History via AP)
by Compiled from Wire Services Nov 07, 2019 2:39 pm
Mexican anthropologists say they have found two human-built pits dug 15,000 years ago to trap mammoths.
Researchers from Mexico's National Institute of Anthropology and History said Wednesday the pits were found during excavations on land that was to be used as a garbage dump.
The pits filled with bones from at least 14 mammoths were found in the neighborhood of Tultepec, just north of Mexico City.
Some of the animals were apparently butchered. The pits were about 6 feet (1.70 meters) deep and 25 yards (meters) in diameter.
The institute said hunters may have chased mammoths into the traps.
Researchers believe they have made the first-ever find of a mammoth trap set by humans.
"This is the largest find of its kind ever made," the institute said in a statement.
Researchers said at least five mammoth herds lived in the area of the find.
Mexico has been the scene of surprising mammoth discoveries before.
In the 1970s, workers building the Mexico City subway found a mammoth skeleton while digging on the capital's north side.
Remains of two other species that disappeared in the Americas — a horse and a camel — were also found. It was unclear if plans for the dump would proceed.
Last Update: Dec 20, 2019 1:31 am
RELATED TOPICS