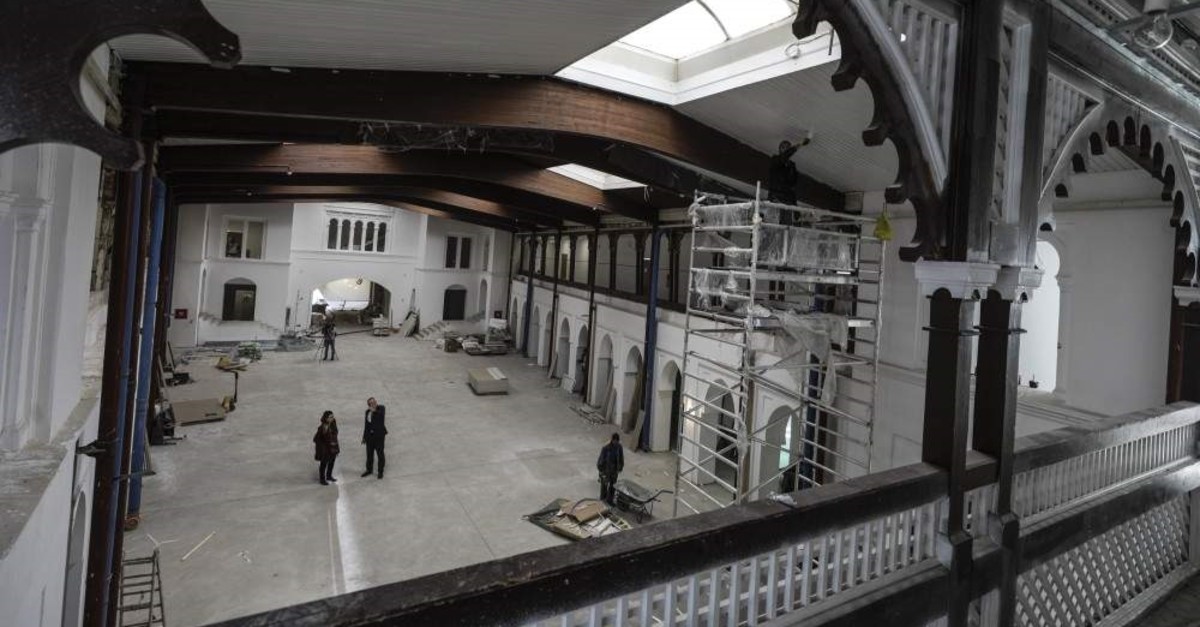 by Daily Sabah with Agencies
Nov 15, 2019 5:54 pm
The Elçi İbrahim Paşa madrasah, an 18th-century Islamic school in Bosnia-Herzegovina, is set to have a new lease on life thanks to the Turkish Cooperation and Coordination Agency (TİKA). Turkey’s state-run development agency undertook the restoration job for the building in Travnik, a city some 90 kilometers west of Sarajevo.
The restoration project aims to return the old school to its former state. Minarets in their original form that had collapsed over time are being rebuilt 101 years later.
The madrasah which opened in 1706 in Travnik, a city known as the “city of viziers” as 77 top statesmen of the Ottoman Empire hailed from there, is still functional. TİKA plans to complete the rebuilding of the minarets in two months while the rest of the restoration work is set to be completed soon.
Ömer Faruk Alımcı, TİKA Coordinator in Sarajevo, says the agency has been active in different fields in Bosnia-Herzegovina and completed about 900 projects in the country since 1995. He said the madrasah, a common historical heritage site, underwent a series of restorations in the past decades but the minarets were not reconstructed since they collapsed in 1918. “We placed the skeletons of the minarets and will build them in their original form, with wooden exteriors. We want the madrasah, a landmark of the city, to continue its life as a place of education for younger generations. As TİKA, we are happy to contribute to this project,” he said.
Travnik mufti Ahmed Adilovic says it was a high-cost project and TİKA undertook the task to help restore the madrasah to its original form. He said they used old documents in the Bosnia-Herzegovina archives for reconstructing the minarets to their original state. He mentioned that Turkey’s Directorate-General of Foundations also restored the ancient Alaca Mosque in Travnik, adding that these projects were “a sign of good relations between Turkey and Bosnia-Herzegovina.”
The madrasah is named after an Ottoman vizier who served as the empire’s Vienna ambassador before he was appointed as beylerbey, or governor, of Rumeli province where Bosnia is located. Dzevdet Sosic, current director of the madrasah, said it was the only school of its kind built by a vizier and it originally had a small mosque, a large dome and two minarets.
Last Update: Dec 20, 2019 1:42 am