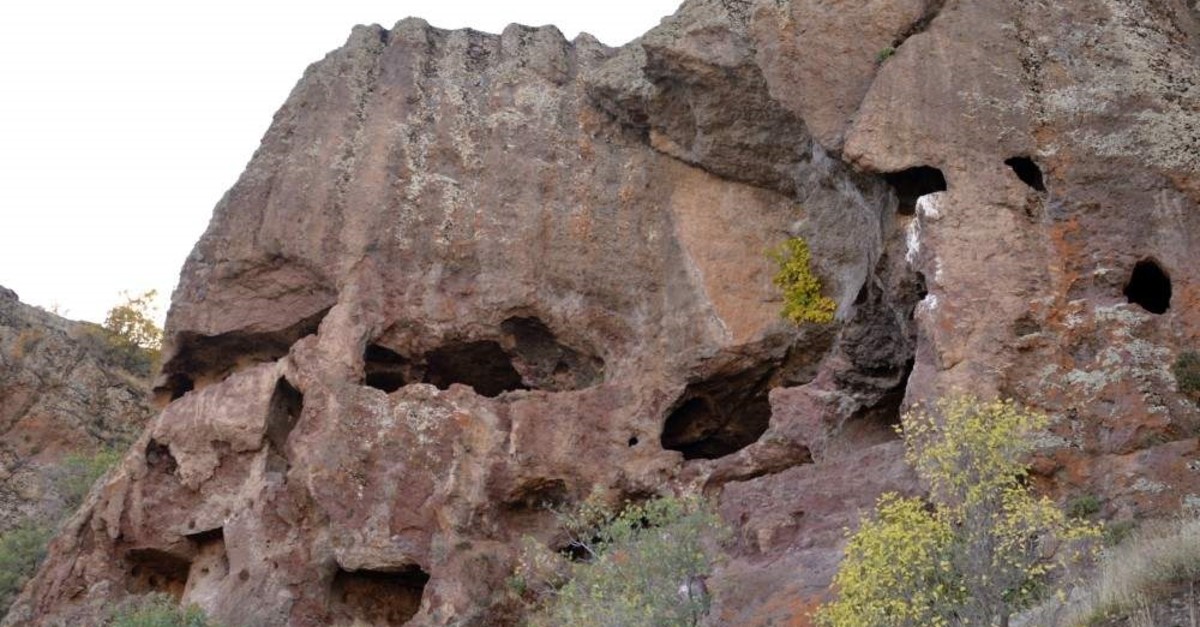 Living under the rule of the pagan Roman Empire, the first Christians had to hide in order to live according to their religion freely but in secret. Most of the early Christians, especially those in Anatolia, chose to build underground cities or turned caves into homes.

One of the biggest hidden cities built by the early Christians of Anatolia is the five-storied Zağ Caves which is located in the modern-day eastern Turkish province of Bingöl. The caves are believed to once been used as a housing complex by Christians around the 5th century A.D. and stands out with its architectural features.

The cave sits 300 meters above sea level and there are transverse passages between each story. While the first story was used as storage, the second and third floors were used as living rooms. The top two floors, on the other hand, were reserved for bedrooms. The house complex also features observation towers on top of the caves.

Speaking to the press about the features and the history of the Zağ Caves, Nebid Butasım of Bingöl University said that they have not yet pinpointed the exact construction date of the caves but they are continuing their studies on the matter. He also explained that although the heart of the house complex seems to be the caves, Butasım highlighted that they have come across other remains of buildings around the caves.

“There are numerous legends surrounding the caves,” said Butasım. “However, it is known that there were once tunnels leading to the caves back in the time of the Timur of the Timurid Empire. After the earthquake in Bingöl in 2003, the top parts of the caves were demolished. Unfortunately, we have not yet discovered any writing about the caves.”