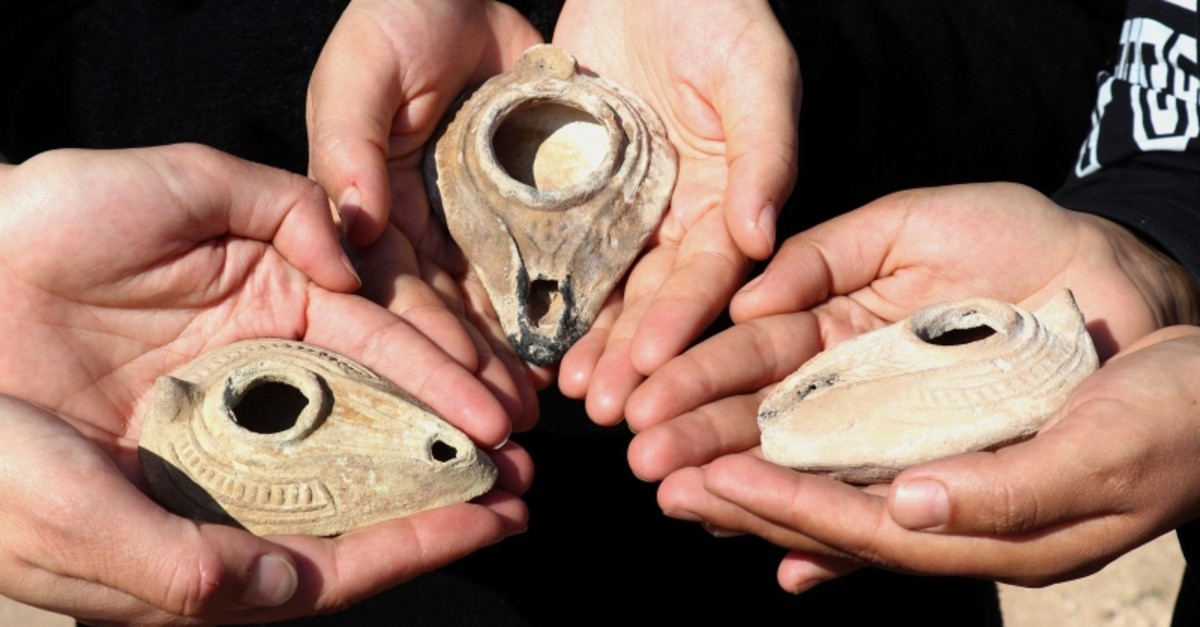 Archaeologists in southeastern Turkey's Diyarbakır have discovered 48 ancient lamps dating back around 1,500 years. The lamps were discovered during excavations at the Zerzevan Castle, located in the city's Çınar district.

The excavations are being led by assistant professor Aytaç Coşkun from Dicle University's Department of Archaeology. He said the lamps, which are believed to be dating back to the Roman period, would provide more information about the castle's history.

Coşkun said the place where the lamps were discovered could have been an ancient shop. "Each lamp has a different sign on it, including sun, stars or letters sometimes. They all have a different meaning," Coşkun said.

The lamps were unearthed near a 1,700-year-old Roman-era underground Mithras temple, which was discovered in 2017.

The castle, which once served as military premises, is situated on a 55,200-square-meter area surrounded with walls stretching 12 to 15 meters high and 1,200 meters long, along with a 21-meter high watchtower and guard castle.

The first settlement was named "Samachi" and while it is not certain when it was built, the excavations are close to revealing its age. The castle walls were repaired at the time of Byzantıne Emperor Anastasios (491-518 A.D.) and Justinian (527-565 A.D.) while some parts were completely rebuilt.