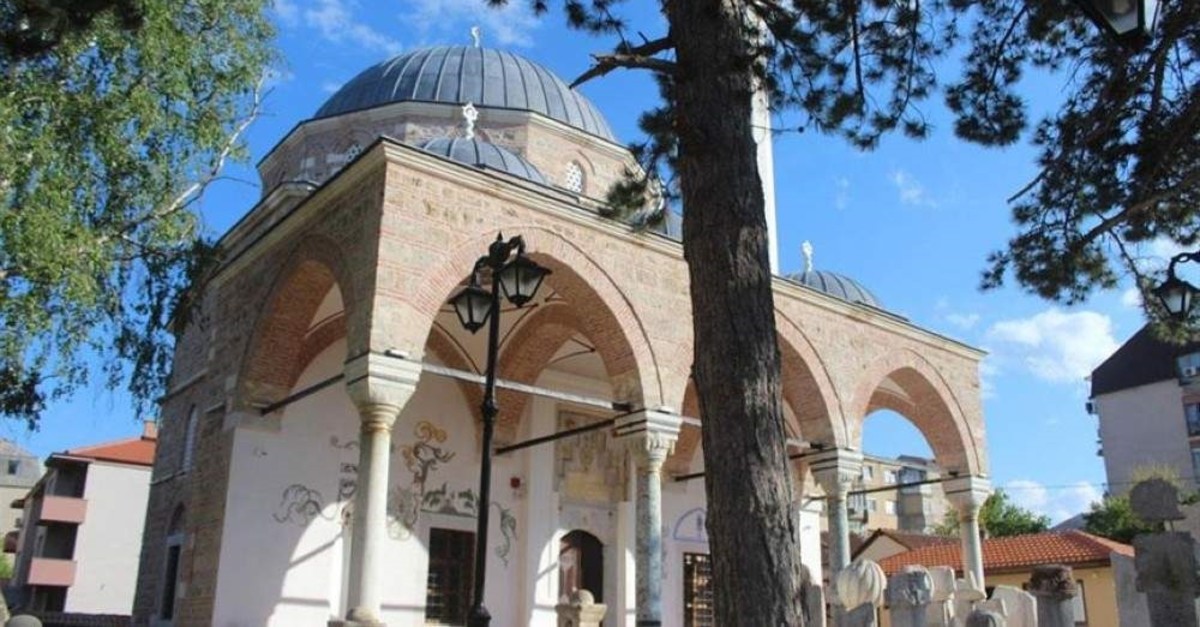 Turkey has completed restoration work at the historic 16th-century Ali Pasha Mosque in North Macedonia’s Ohrid. The mosque will be reopened for prayers on Nov. 28, officials said in a statement Tuesday.

Turkey’s Directorate General of Foundations launched restoration works at the mosque, which was built in 1573, on March 22, 2017. Work initially focused on the mosque's minaret, which was toppled some 107 years ago.

Chairman of the directorate Adnan Ertem said the restoration project was initiated after a protocol was signed between the directorate and the North Macedonia Islamic Union Chairmanship on April 1, 2015.

Ertem added that the restoration work had been carried out in accordance with the original design of the mosque, thanks to documents provided by the Ohrid Conservation of the Cultural Heritage Institute and Museum.

The historic mosque was situated within the Ohrid's popular Old Bazaar. It was built on the order of Sulejman Pasha. It was later named after Belgrade Vizier Ali Pasha, who restored it in 1823.

The building originally consisted of stone walls and a dome built on a square structure while a three-domed prayer area was later added to the mosque.