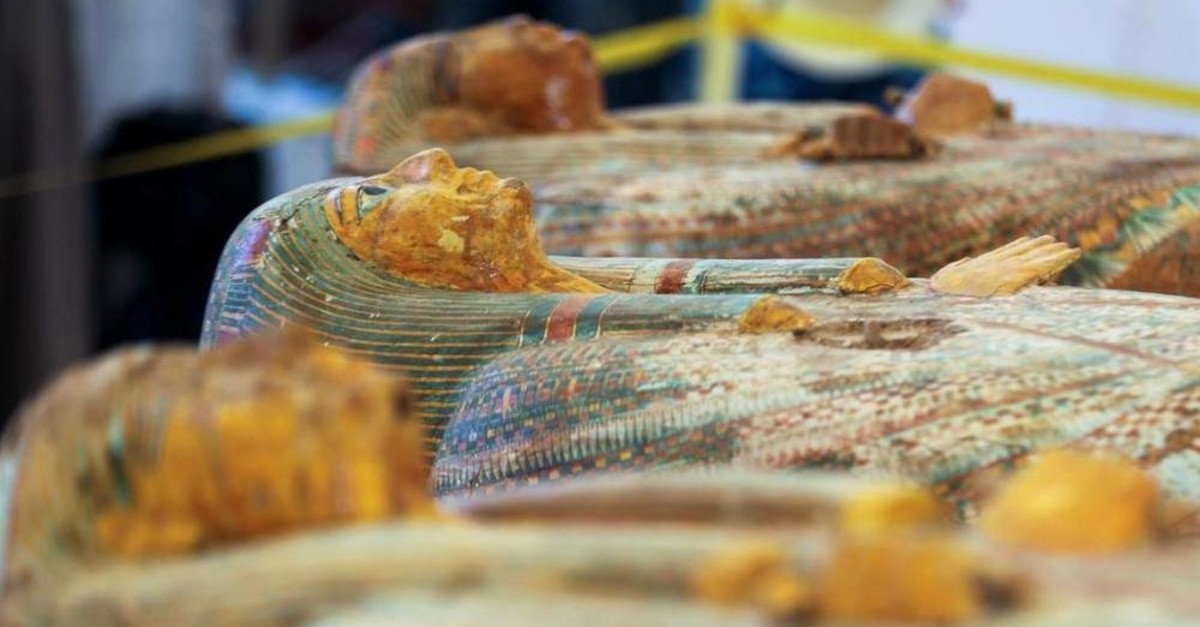 Several painted ancient coffins are seen at Al-Asasif necropolis in the Valley of the Kings in Luxor. (Reuters Photo)
by Nov 27, 2019 9:04 pm
Archaeologists have discovered three wooden coffins in Egypt's southern city of Luxor, dating back to 3,500 years ago, the Antiquities Ministry said on Wednesday.
The discovery was made by a French archaeological team at al-Asasif necropolis, the ministry said in a statement.
The three coffins are from the 18th dynasty (1550-1295 B.C.) and are well-preserved, with colourful inscriptions and hieroglyphic writings on them, Mostafa Waziri, head of the Supreme Council for Egyptian Antiquities, said.
Two of the coffins are 190 and 195 centimeters long and are for two women, while the third one is 190cm long, according to Fathy Yassin, an antiquities official in Luxor.
Egypt has in recent months announced a series of ancient discoveries which may help to revive its battered tourism industry, the main source of national income.
The industry has been hard hit by widespread unrest since the 2011 uprising against Egypt's long-time dictator Hosni Mubarak.
On Saturday, the ministry announced the discovery of a cache of mummified animals in Saqqara necropolis, near Cairo, which includes sacred birds and five big cats which preliminary studies suggest are lion cubs.
In October, Egypt announced the discovery of 30 well-preserved colored wooden coffins containing mummies dating back to 3,000 years ago in Luxor.
Last Update: Dec 20, 2019 1:59 am
RELATED TOPICS