3,500-year-old skull and femur found in Hittite city of Sapinuwa in breakthrough discovery 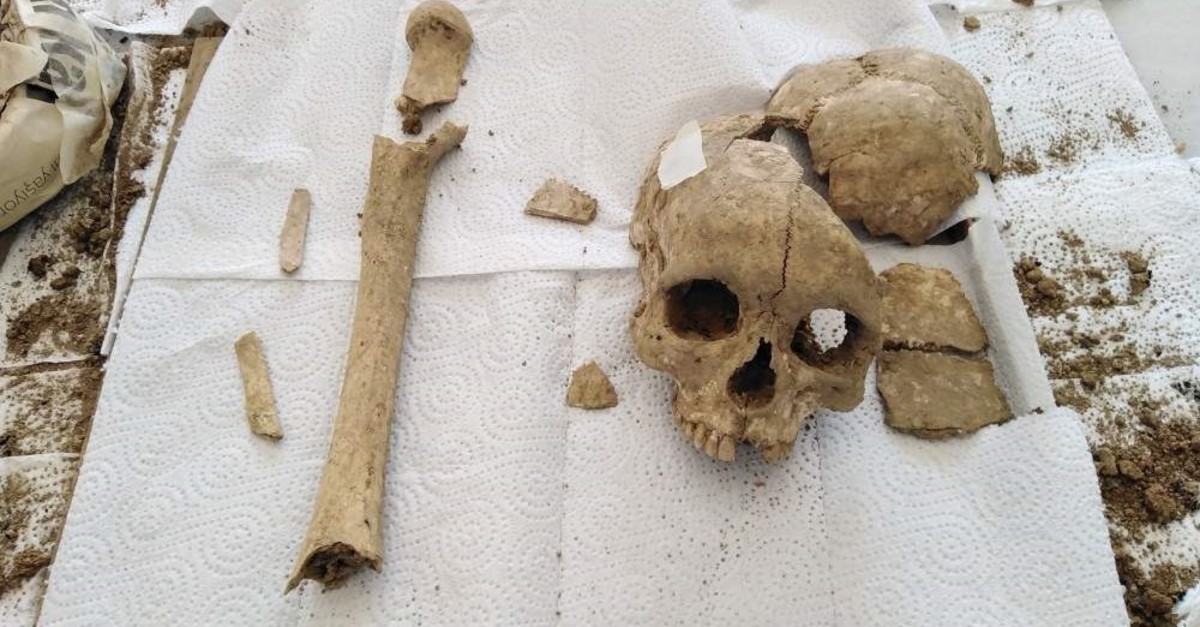 The skull and femur discovered is thought to belong to the Hittite era. (AA Photo)
by Daily Sabah with Agencies Nov 29, 2019 5:11 pm
Archaeologists have made a breakthrough discovery in central Anatolia from an ancient civilization that cremated and hid its dead, possibly shedding light on the human typology and anatomy of its mysterious people.
A 3,500-year-old fragmented skull and femur thought to belong to the Hittite period was recently unearthed in Sapinuwa, nowadays Çorum, which once served as the capital of the Hittite Empire and was an important military and religious center of its time.
The discovery of the skull and left thighbone is important as no royal tombs belonging to Hittite kings have been found to date, and only very few skeletal remains of Hittite people have been unearthed. In this regard, the human remains could offer crucial information about Anatolia’s historical past.
The bones were found in the ancient city’s Tepelerarası-Ağıl Önü region by Hittite University’s Archaeology Department head and excavation lead professor Aygül Süel and her team.
According to preliminary analysis by the excavation team and faculty members, the skull belongs to a young woman. An ancient DNA study and carbon-14 dating to be conducted on the bones will further reveal their genetic make-up and racial kinships.
The Hittite Empire in the late Bronze Age was a civilization that played an important role in the political and social life of its time. This is also when the alphabet was developed, and the world saw the rise of the Hittites. They became some of the world’s first documenters of history, recording real events instead of writing epics or tales about gods or mythological heroes.
However, their emergence as a major power and exit from the world stage remain largely shrouded in mystery as they practically disappeared off the face of the earth with no archaeological footprint. What’s known is that they were Indo-Europeans and enjoyed considerable influence on civilizations in Anatolia and northern Syria. Hattusha was their main capital. They left many written tablets, mostly political and commercial correspondences with Egypt and other neighboring political powers, but alas, these have been the only remnants left to archaeologists working to shed light on their history.
Last Update: Dec 20, 2019 2:02 am
RELATED TOPICS