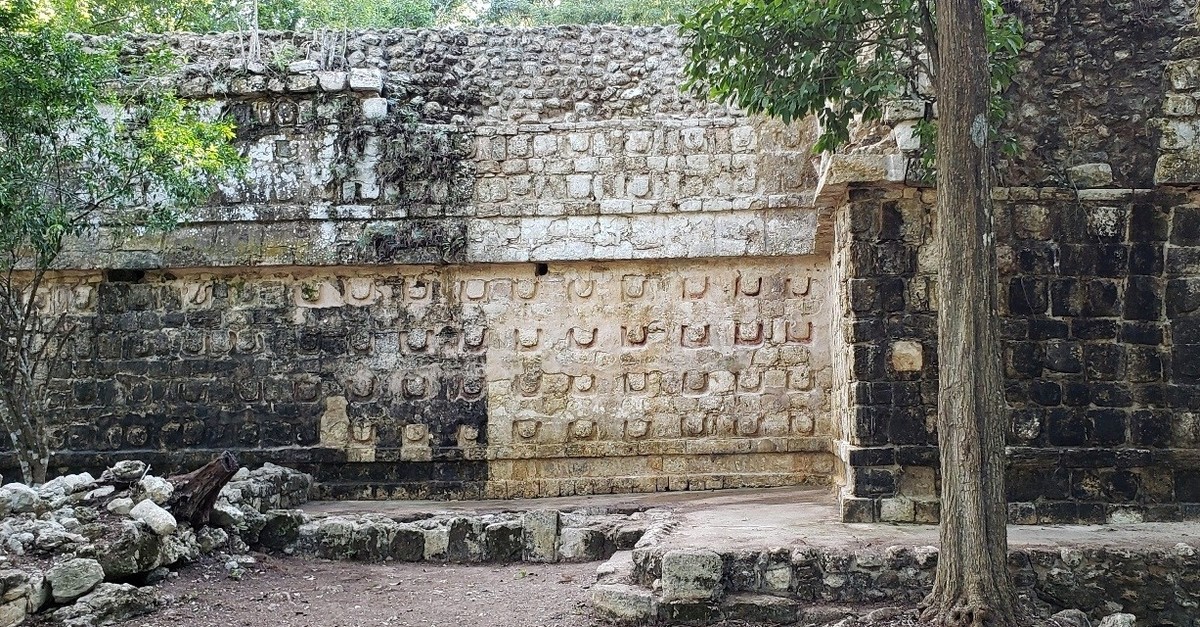 A general view shows the cleaning the stucco of the Temple of the U, located in the archaeology area of Kuluba, Mexico in this handout photograph released to Reuters by the National Institute of Anthropology and History
by Jan 06, 2020 11:30 am

Archeologists have discovered a large palace likely used by the Mayan elite more than 1,000 years ago in the ancient city of Kuluba, near the modern day tourist hot spot of Cancun in eastern Mexico, Mexican anthropology officials said.

The remains of the 6-meter high building, 55 meters (180 feet) long and 15 meters wide, suggest the palace was inhabited for two long periods between 600-1050 A.D., the National Institute of Anthropology and History (INAH) said in a statement.

The Mayan civilization reached its peak between 250 and 900 A.D., when it ruled large swaths of what is now southern Mexico, Guatemala, Belize and Honduras.

The palace was discovered in the east of the Kuluba archaeological zone, a key pre-Hispanic site in Mexico's Yucatan state.

"This work is the beginning; we've barely begun uncovering one of the most voluminous structures on the site," archeologist Alfredo Barrera said in a video shared by INAH.

Kuluba had important ties with the Maya cities of Ek' Balam and more crucially, Chichen Itza, falling under its influence and becoming part of its network of trade and territory.

Along with the palace, Mexican experts are exploring four other structures in the area known as "Group C" in Kuluba's central square, including an altar, remnants of two residential buildings and a round structure believed to be an oven.

Conservationists are exploring reforesting parts of Kuluba to protect the historical site from wind and sun damage, INAH said.

The site should be opened to the public in the medium term, the institute added.