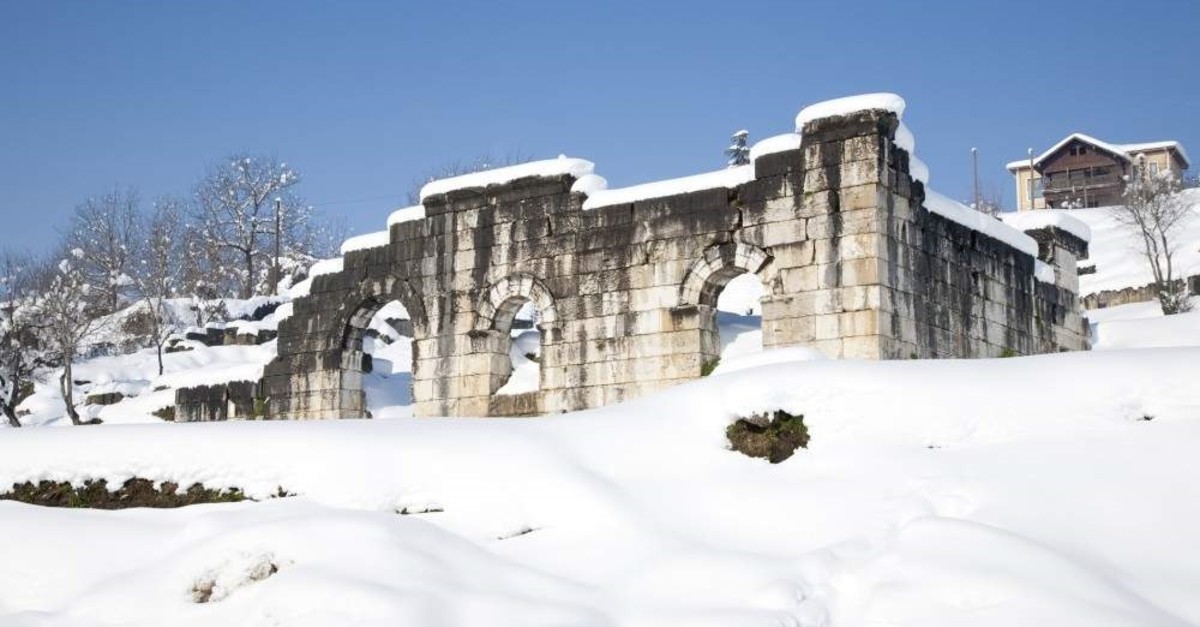 More of the Roman theater of Prusias ad Hypium is being revealed every day. (iStock Photo)
by Daily Sabah with AA Jan 17, 2020 1:47 pm

Excavations at the ancient city of Prusias ad Hypium, deemed the "Ephesus of the Western Black Sea region," have officially resumed in the northwestern Turkish province of Düzce.

The decision came after the Culture and Tourism Ministry announced Wednesday that excavations in the Konuralp area, which is the oldest known settlement area in the Black Sea region, would continue year-round to unearth the ruins of the ancient theater and surrounding areas. Prior to that, digs only used to last for about two months in the summer.

Speaking at the re-launching ceremony for the excavations, Düzce Gov. Zülkif Dağlı thanked the ministry and said excavation work would continue year-round in coordination with the municipality, Governor's Office, Chamber of Commerce and Abant İzzet Baysal University.

"The Roman theater is right beside us and we'll start digging again. This place will become an important center of attraction," Dağlı said, noting that Prusias ad Hypium is the only ancient city left standing in the Bithynia region.

Meanwhile, Düzce Mayor Faruk Özlü said the municipality had allocated 20 workers to assist in the excavations and that a tent would be built to offer archaeologists, researchers and staff catering and a place to rest.

"This is a place that is as noteworthy as Göbeklitepe. Hopefully, we will have finished excavations here in three years and completely unearthed the ancient theater and restored the area," he added.