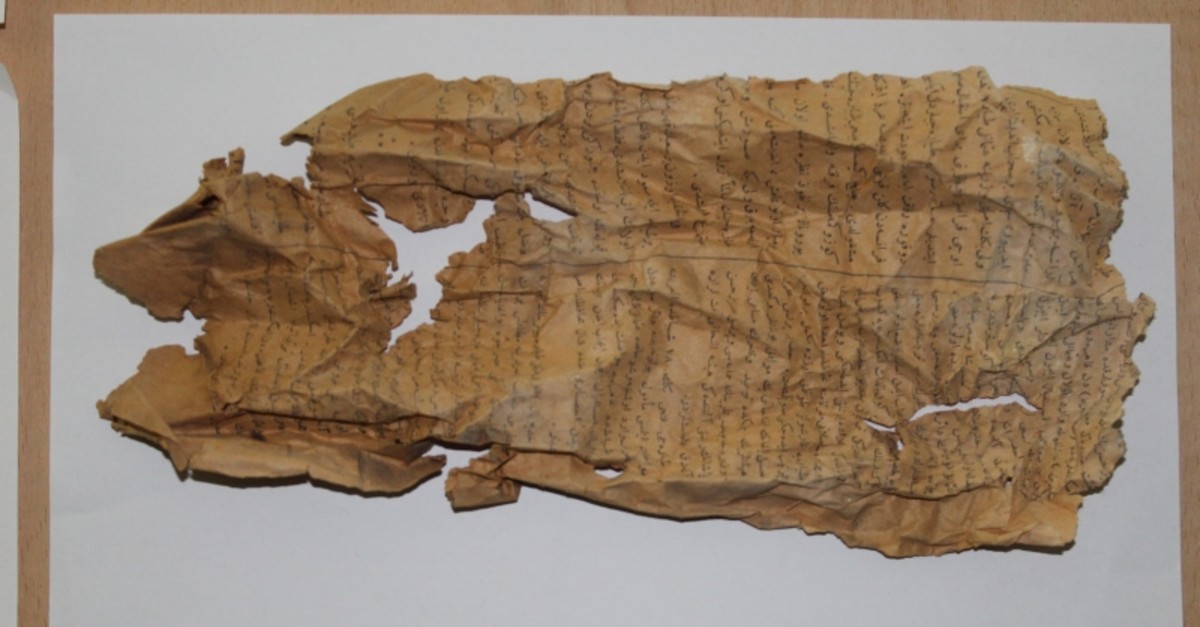 Workers involved in ongoing restoration work at Istanbul's Dolmabahçe Palace on Wednesday made a historical find, retrieving the pages of various newspapers dating back to the 1910s from inside the wall plaster.

The newspapers were used as padding materials in work conducted during the reign of Ottoman Sultan Mehmed V Resad (1909-1918).

The legible parts of the newspaper tell of the empire's first two airplanes, The Ottoman and The Prince Celaleddin, which had apparently arrived safely in Beirut on a flight from Damascus.

While the print date of the Ottoman newspaper is estimated to coincide with the early 1910s, the fragment from a French daily is dated as 1917.

Similarly, the sketch of a male portrait was also found behind layers of paint on the walls. The portrait, which appears to have been drawn with oil paints, is thought to be a souvenir left by the palace engravers.