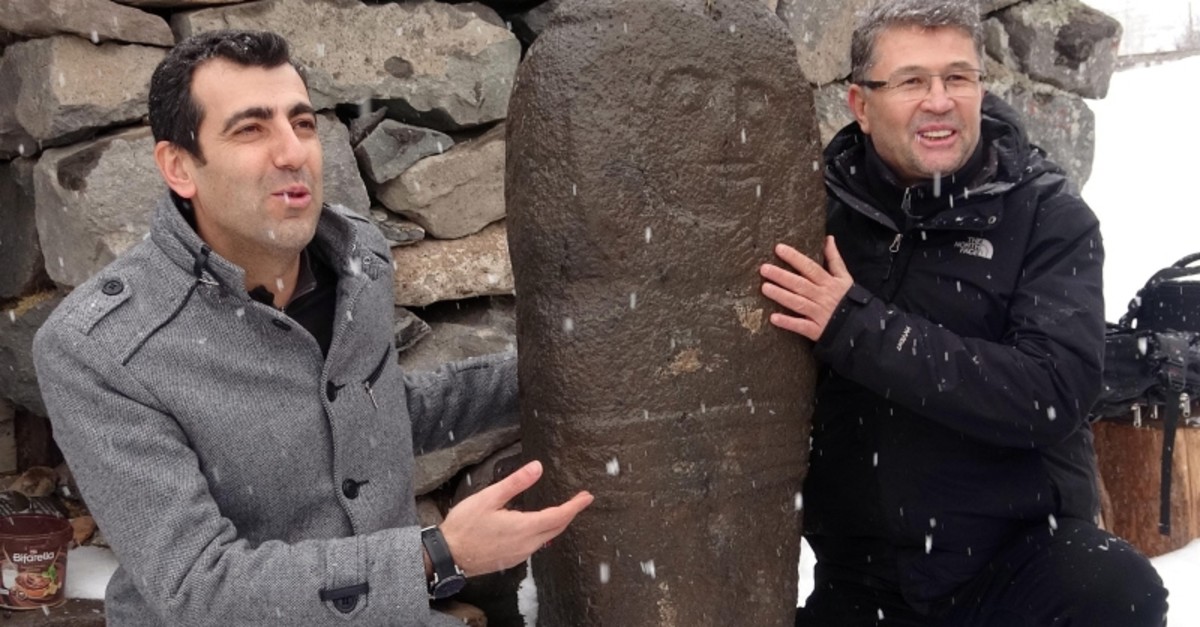 A stone stela estimated to date back 2,500 years has been discovered in the eastern Turkish province of Erzurum.

The stone slab erected next to old graves found in the Ormanlı village of the Şenkaya district was found by Aytaç Alver, a local who was grazing his livestock in the area. Alver noticed that the slab bore some motifs and contacted the provincial museum directorate.

A delegation of four experts including Erzurum Museum Director Hüsnü Genç arrived in the village and determined that the 123-centimeter-tall, 45-centimeter-wide statue resembling a human is a stela commonly seen near kurgans, burial mounds mainly found on the steppes of Central Asia and Eurasia.

Experts said the stela bears figures of an elixir, legendary water believed to provide immortality to those who drink it.

The kurgan is estimated to date back to the Kipchaks, a Turkic people also known as Cumans, who inhabited the Eurasian steppes stretching from the Danube River in the west to the Altai Mountains in the east.

Such stelae are known in Turkic cultures as "balbal" or "taş baba," which translates to "stone father." As the name suggests, they usually represent either the deceased, who was often from the nobility, or the deceased's ancestors.

Although balbals are a common sight in Ukraine, southern Russia, Kazakhstan and Mongolia, the stela that was found in Şenkaya is the fourth of its kind discovered in Anatolia. Another example was found about 30 kilometers west in the Oltu district, while others were found in southeastern Hakkari and eastern Bitlis provinces.

Genç said the stela is one of the earliest examples of taş baba statues in Anatolia.

The stela was wrapped in protective foam and moved to Erzurum Museum.