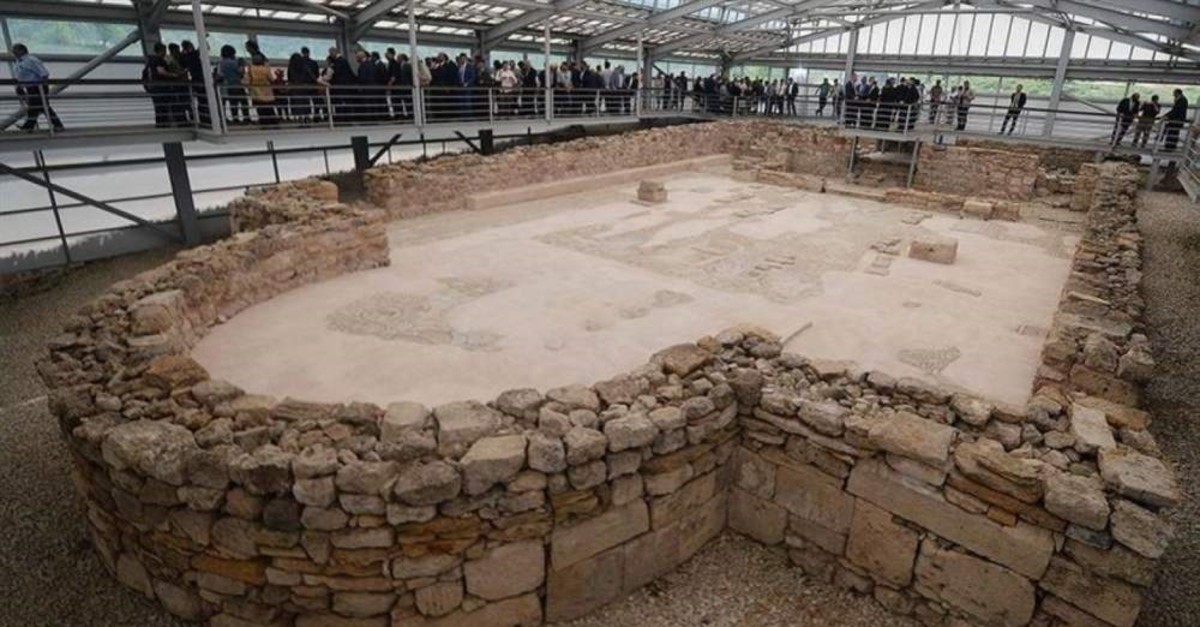 The ancient city of Hadrianopolis in Turkey's Black Sea region, estimated to have been used as a settlement in the late Hellenistic, Roman and early Byzantine eras, will become an archaeological site. Located 3 kilometers (1.8 miles) west of the Eskipazar district of Karabük province, the site is also called "Zeugma of the Black Sea" due to its similarities to Zeugma mosaics in the country's southeastern province of Gaziantep.

Ersin Çelikbaş, an archaeologist and academic at Karabük University, said, "If Hadrianopolis gains the status of an archaeological site, it is certain that it will be one of the most significant tourist attractions in the region." Excavations started under the supervision of Çelikbaş in 2003 based on various archaeological eras detected at the site. So far, surface excavations in Hadrianopolis have uncovered two baths, two church structures, one defense structure, tombs, an amphitheater, one arch and dome structure, a monumental cultic niche, city walls and various edifices in 14 different parts of the entire excavation site. Animals such as horses, elephants, panthers and a griffin – a mythological creature – are depicted on the mosaics, which have brought the city its reputation. The excavations also uncovered skeletons in rock tombs, ancient coins, hairpins made of bones, a unguentarium – or teardrop bottle – and a tomb dating back to the second century, as well as a 1,800-year-old votive plaque. Portable findings of the excavations are distributed to museums in surrounding cities, while the immobile findings, such as the mosaics on the floor of the church, have been preserved where they were found.

Hadrianopolis is growing more famous every day, and people from all around the world are visiting the site, Çelikbaş told Anadolu Agency. The findings have suggested that the city was an important religious center, which would render the site even more attractive to visitors, he said. "Hadrianopolis has massive importance not only for Eskipazar but also for Anatolia. It completes the framework of Safranbolu and is a city reflecting the Ottoman era very vividly. Hadrianopolis also reflects the era before the Ottoman period, which makes the site very significant, revealing a historical process since the first century B.C.," he added.

Çelikbaş said Hadrianopolis is located on one of the legs of a significant tourism route, while Safranbolu constitutes its other leg. It is very important that Hadrianopolis is gaining archaeological site status, Çelikbaş stressed. "Tourists coming to visit Safranbolu would also spend time in Hadrianopolis, which would, in turn, raise Karabük's tourism revenue," he said.