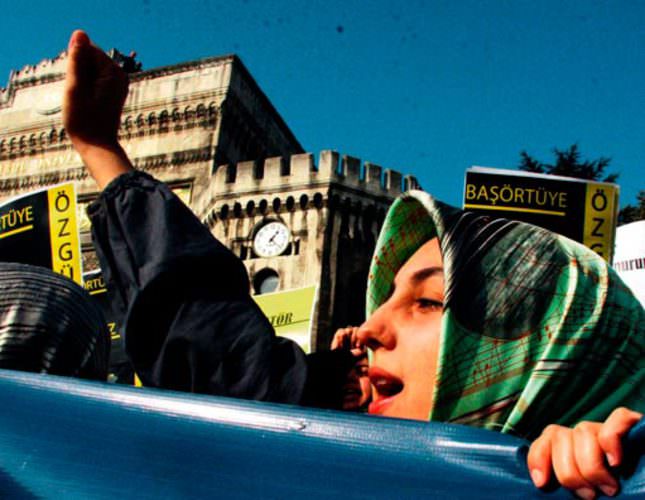 This year marks the 17th anniversary of Turkey's Feb. 28 "postmodern" coup. The bloodless coup derailed the careers and daily lives of thousands blacklisted during the events, leaving bitter memories for the survivors

This year will mark the 17th anniversary of Turkey's Feb. 28 "postmodern" coup. The bloodless coup derailed the careers and daily lives of thousands blacklisted during the events, leaving bitter memories for the survivors.

The trial of military leaders of the coup continues, though civilians in the media and bureaucracy are yet to be investigated for their role. The Feb. 28 coup was touted as "a coup whose impact will continue for centuries" by then-Chief of Staff Gen. Ismail Hakkı Karadayı. The government launched a process to bring those responsible for the coup, along with those responsible for the 1980 military coup, to justice.

In 2010, Prime Minister Recep Tayyip Erdoğan annulled a declaration by National Security Council (MGK), the powerful military-civilian state body that led the ouster of the Refahyol government in 1997. The declaration, which included a series of binding regulations such as expulsion of hijabi students and civil servants and the closing of imam-hatip schools (İHL) teaching religion, was culmination of the coup.

Months after the declaration, then Prime Minister Necmettin Erbakan resigned from office. "Persuasion rooms" targeting hijabi students at universities became synonymous with the involvement and efforts of the civilian bureaucracy in the process leading to the coup. University officials interviewed students in these rooms and threatened expulsion if the coverings were not removed.

The status of imam-hatip schools and secondary schools with a concentration in religion was downgraded after the coup. Students graduating from such schools were prevented from attending universities by the imposition of the requirement of higher grades for university exams.

Lawyers for Esra Albayrak and Sümeyye Erdoğan, daughters of Prime Minister Recep Tayyip Erdoğan, filed to be plaintiffs in the Feb. 28 trial. The two were forced to study abroad after not being allowed to wear hijab at Turkish schools during the coup process.

Esra Çakar Çelebi was one of the victims of the Feb. 28 coup. She maintains that the victims were criticized for allegedly overstating their ordeal and says that their suffering was very real. Çelebi graduated from İHL high school in 1999, two years after the coup, but the MGK decisions dealt a blow to her education.

She had to prepare for university entrance exams based only on her brief high school education. She graduated after a 1998 grade requirement change for imamhatip graduates, but despite efforts to exclude her and those like her Çelebi managed to pass the exam andenrolled in the Faculty of Architecture. The hijab ban, however, forced her to drop out of school.

Through a scholarship from a nongovernmental organization helping the coup victims, she had the opportunity to study abroad. She studied architecture at Vienna University of Technology and completed her university education there.

Çelebi says the coup shattered dreams of many. She said that along with the female students wearing the hijab, male students were also blacklisted for their conservative views. "Certainly, studying abroad is a dream come true for students," said Çelebi. "But I wanted to study in my own country, without any pressure. I wish I was never forced to give up my faith. It was my right to study in Turkey but it was taken from me."

She said that the coup trial will not bring back the years she had to spend abroad but appreciates the reinstatement of rights of the coup victims. "My sisterin- law is 30 years old and she is finally free to attend the university without worrying about wearing the hijab," she said.
Bedriye Aydın was a victim of "persuasion rooms" while attending Faculty of Political Sciences at Istanbul University. She hopes that with the trial and new investigation into the civilian leg of the coup, justice will be served.

Serap Çam Demirsoy was in her third year at the Faculty of Communications at Istanbul University when she was taken to a "persuasion room." She was interviewed there by university administrators who implied that she needed to take off her hijab to continue her education. When she refused, she was expelled from the university on the grounds that she did not pdovide a photo without the hijab which is required for the university ID. Demirsoy said the expelling ruined her life and had her education interrupted for years.

She finally graduated from the university last year. "The coup trial will not compensate for the years I missed. But it is certainly a benefit for the coming generations. They will not suffer as we did," she said.