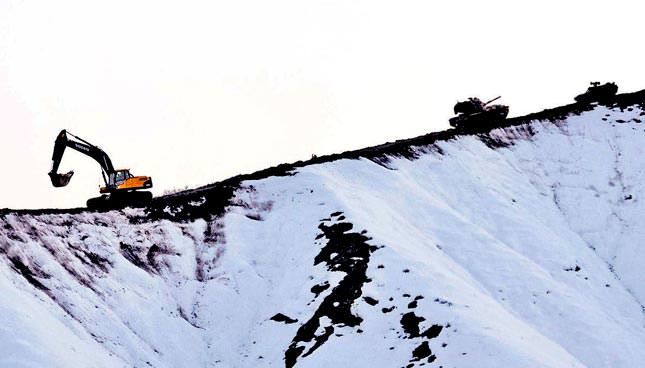 by Feb 26, 2014 12:00 am
Construction of a new security post and a road, led to protests in Uludere, a Turkish town in the southeastern province of Şırnak, near the Turkish-Iraqi border.

Demonstrators, including Faysal Sarıyıldız, a lawmaker from the opposition Peace and Democracy Party (BDP), camped out Sunday and Monday near the Turkey-Iraq border in protest against the construction of a new security post.
Security forces attempted to disperse the crowd, which resisted. Security forces retaliated with tear gas and one person was injured in the ensuing altercation. Protesters moved further from the border but they continue their demonstration.

Smuggling is common in the border region and Turkey recently stepped up measures against smuggling by bolstering the border security. Uludere district governor Murat Karasu told Anadolu Agency the security post was opposed by some groups because it would prevent smuggling from Iraq.

The Kurdistan Workers' Party (PKK), designated a terrorist organization by Turkey, also oppose the construction of the security post. Members of the group often hide in Northern Iraq and infiltrate into Turkey through the route smugglers also use to avoid security forces.
The protests came three days after an attack on the construction site that left construction equipment damaged and a soldier guarding the site was slightly injured.

Also on Monday, gunmen opened fire from the Iraqi side of the border. Turkish troops responded to the attack and no casualties were reported in that incident.

According to Karasu, construction was suspended due to these developments.
Clashes have erupted between protesters and security forces in the same area when the construction of the new road first started in January.

Uludere was the scene of an air raid by the Turkish Army, which killed 34 smugglers on Dec. 28, 2011. Those killed were smuggling oil and cigarettes between Turkey and Iraq and were mistaken for PKK militants.