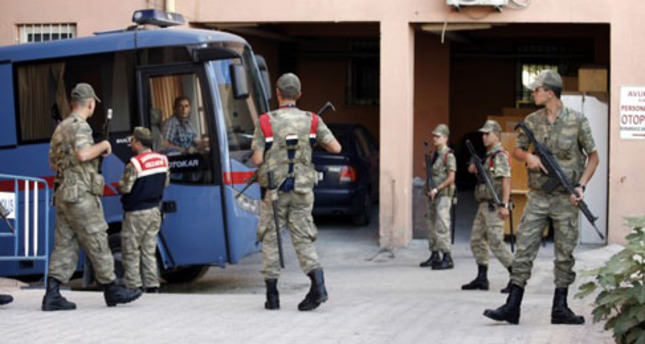 As the Turkish government seeks to eliminate Gülenist influences in the judiciary, suspects in the 2007 murders of Christian missionaries were released pending trial

Malatya - Suspects implicated in the 2007 murder of three Christian missionaries in Turkey were released early Saturday, pending trial. The move came as new legal limits were imposed by the government on the detention of suspects without charge Emre Günaydın, Abuzer Yıldırım, Cuma Özdemir, Hamit Çeker and Salih Gürler are accused of torturing and killing German missionary Tilmann Geske and Turkish converts to Christianity Necati Aydın and Uğur Yüksel in the eastern Turkish city of Malatya on April 18, 2007.

As the court failed to issue a verdict during the seven years of the trial, a new law restricting detention to five years from the previous length of ten years, led to the suspects' release. They were released on probation and are not allowed to leave the country before the trial ends.

Murders at Zirve, a Bible publishing house in the city, raised concern in the country over hostility towards Christians. But later, prosecutors claimed the murders were part of a plot by Ergenekon, an organization alleged to be behind efforts to incite chaos in Turkey and eventually topple the government. Retired General Hurşit Tolon and nine other suspects accused in the trial remain in prison. Tolon and others are accused of running a secret, illegal organization linked to Ergenekon.

The suspects were on trial at a specially authorized court - a term used for Turkish courts where terror suspects are tried. The trial was transferred to a penal court.

The trial of suspects was supposed to end in 2011 with a verdict, but Zekeriya Öz, a prosecutor with affiliation to the Gülen Movement, filed a new indictment claiming a group of former and active-duty military officers and civilians orchestrated the murders. Öz, who was also involved in the Dec. 17 operation that sought to discredit the government, was later removed from the case. The last hearing was on Feb. 24 and a verdict is expected in the next hearing scheduled for April 10.

Last month, the Turkish Parliament, led by the ruling Justice and Development Party (AK Party), passed a law on detention limits. The law came amid government efforts to weed out followers of the Gülen Movement from the judiciary and other government agencies. Gülenists are accused of influencing major trials through fabricated evidence planted by police officers affiliated with the movement. They are also accused of imprisoning critics of the movement without charges thanks to excessive detention limits through pro-Gülen judiciary members.

The new law on detention limits also paved the way for the release of former Chief of General Staff İlker Başbuğ who was implicated in a coup trial. Serving a life sentence at Istanbul's Silivri prison, Başbuğ was released on March 6.

He was convicted on charges of "establishing and leading a terrorist organization" and "attempting to destroy the Turkish government or to completely or partially prevent its operation" as part of the Ergenekon trials. Başbuğ's conviction was deemed baseless by the Constitutional Court.

Minister of Justice Bekir Bozdağ said the recent judicial regulations allow the release of defendants whose convictions are not finalized. "About 150 people may take advantage of the new law," said Bozdağ.
Last Update: Mar 10, 2014 10:55 am
RELATED TOPICS