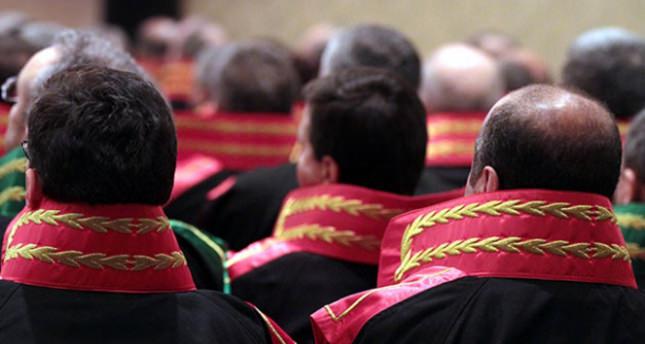 HATAY – Fatma Görgen Selimoğlu, a district mayor in the southern Turkish province of Hatay, claimed Özcan Şişman, a prosecutor linked to the Gülen Movement, implicated her in a murder case when she refused to fund the movement.

Selimoğlu was mayor of Yeşilköy in Hatay from 2004 to 2013. In 2013, she was arrested on charges of murder over the killing of Ömer Cemil Sanal. Additional charges were filed against her, including running a gang of oil smugglers and transferring money earned from smuggling to the terrorist organization Kurdistan Workers' Party (PKK). Her brother, Reşat Görgen, was also arrested in the murder case. The mayor denied charges but was convicted based on the testimony of two anonymous witnesses arranged by the prosecutor. She was sentenced to six months after a trial on Aug. 27, 2013. She claims Şişman masterminded the plot to imprison her.

"A television station aired defaming reports on my case and claimed I was running a smuggling network worth $35 billion. Interestingly, they only found one other person in this so-called gang. Then, the prosecutor filed his indictment to that extent," she said.

Selimoğlu said the case against her was brought forward after she refused a request by the Gülen Movement. "Some people from the movement visited me.They asked me to provide TL 50,000 for the Turkish Olympics event. I told them I can't pay them from the coffers of my municipality. They told me to ask from local companies but I refused it. Then, Şişman filed a lawsuit against me. They stole six months of my life and discredited me," she said.

Şişman was the prosecutor who ordered a raid on a truck belonging to the National Intelligence Organization (MİT) on Jan. 1 in Hatay. The incident stirred controversy and the government accused the prosecutor of seeking to discredit it by the operation.

The prosecutor's order for searching the truck by security forces was turned down by authorities. Şişman ordered the search on suspicion that the truck was carrying weapons and munitions to Syria. The government officials later said the truck was carrying aid to the Turkmen community in Syria. Following the incident, Şişman was transferred to another post in the southeastern province of Gaziantep.