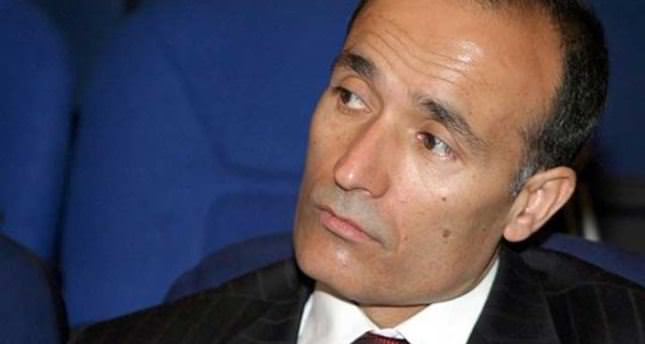 The former director of the Turkish police's intelligence department, Ramazan Akyürek, who is suspended, will be investigated for misconduct in the 2007 murder of Turkish-Armenian journalist Hrant Dink

ISTANBUL – Ramazan Akyürek, the former director of the Turkish police's intelligence department, will be investigated for alleged misconduct in the 2007 murder of Turkish Armenian journalist Hrant Dink, according to reports in Turkish media. Akyürek was suspended late Sunday and turned in his badge and gun following an investigation that found he was involved in leaks and destroying confidential documents.

Media reports said Akyürek will be interrogated in the coming days by police after an internal investigation led to his suspension.

Muammer Akkaş, the prosecutor linked to the Gülen Movement responsible for probing Akyürek's connection to the Dink murder for the past three years, did not investigate accusations against Akyürek. Akkaş has been connected to the Dec. 25 coup attempt, a follow-up to the Dec. 17 operation that targeted businesspeople and others close to the AK Party government. The probe was branded as a move to discredit the government. Akyürek was head of the police intelligence department at the time Dink was shot dead in front of his office by a young man. An internal investigation accused Akyürek of erasing information related to past cases from the intelligence department's computers, as well as leaking confidential documents. Those past cases date back to Akyürek's tenure during the Dink murder. He is also accused of helping police officers and prosecutors with ties to the Gülen Movement in illegal wiretappings.

The Dink family filed a complaint against Akyürek and claimed no legal action was taken against him in the murder case. Akkaş was handed the case in 2010 but did not investigate the Akyürek connection and ignored the family's complaints.

Erhan Tuncel, a key suspect in Dink's murder, accused Akyürek of obstructing the investigation into the murder. Tuncel was hired as an informant while Akyürek was police chief of Trabzon, a city in the Black Sea region of Turkey, in 2004.

Akyürek, who served as the head of intelligence department from May 2006 to October 2009, was removed from duty and reassigned as chief police inspector. He was then reassigned as head of the police Inspection Board. He was suspended from duty in October 2013. He was appointed as an expert to the police's Department of Strategy Development. Finally, amid a major reshuffle in Turkish law enforcement in the wake of the Dec. 17 operation, he was removed from duty. Akyürek filed an objection to the suspension, and a court ruled for his reinstatement. He is regarded as one of the Gülen's "police imams," an infiltrator in the police carrying out the orders of the movement led by controversial imam Fethullah Gülen. The movement is accused of running a parallel state within Turkey's government.