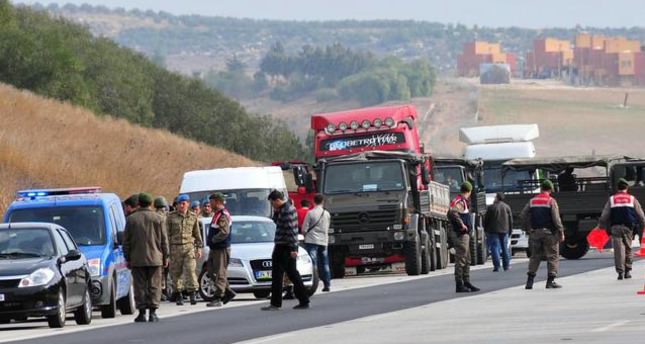 by Daily Sabah Apr 09, 2014 12:00 am
ANKARA — Two Turkish military sergeants were detained on Wednesday for raiding and investigating trucks belonging to the National Intelligence Organization in the southern city of Adana.

The sergeants were arrested in Ankara after a court warrant. One of the defendants was transferred to Adana for investigations while the Second will be transferred to later finishing procedures.

In January, Adana Chief Public Prosecutor ordered gendarmerie forces to stop and search Syria-bound trucks which were belong that belonged to the (MİT) National Intelligence Organization.