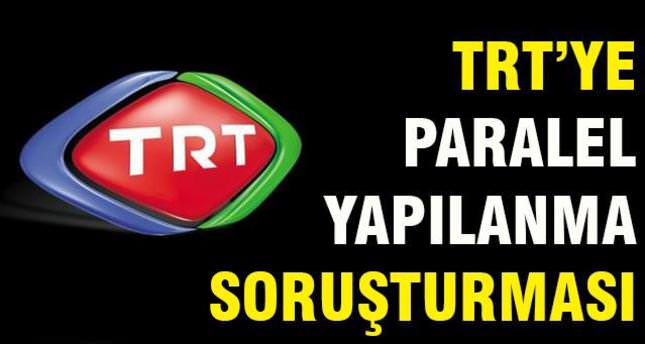 ISTANBUL — The prime minister's Inspection Board launched an investigation into the Gülen Movement's infiltration into the state-run Turkish Radio and Television Corporation (TRT) after complaints and allegations poured in over the alleged takeover of the public broadcaster by Gülenists.

Primary complaints conveyed to the Inspection Board about the TRT include officials awarding contracts for programming and other related work to private companies affiliated with the Gülen Movement, thus funneling TRT funds to Gülenists. Complaints also include the parallel organization, a name attributed to the movement's infiltration of state and government agencies, placed its supporters in human resources and departments hiring the staff for TRT, enabling easy infiltration. The board will prepare a report on any irregularities in the TRT and if proven true, those allegations will be referred to the court. The Inspection Board will also look into the expenditures of the TRT, including its tenders and contracts.

The TRT is known for hiring a large number of companies for production of TV shows, films and documentaries. Complainants claim companies linked with the Gülen Movement were favored in contracts for programming with this being the means of channeling TRT funds to the movement.