Policemen charged with wiretapping and forgery 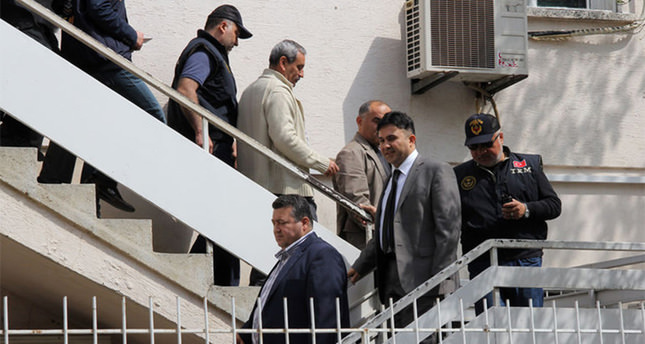 by AA
Apr 22, 2014 12:00 am
ADANA — A criminal case has been filed against nine police officers, including two police chiefs and a retired officer, who have been charged as part of a massive probe into illegal wiretapping, the public prosecutor's office of the southern Turkish province of Adana has said.

The case was filed on Monday on the grounds of forgery of official documents, slander, illegal wiretapping and recording, violation of private life and the recording of personal data.

Wiretapping scandals have made headlines in Turkey since Prime Minister Recep Tayyip Erdogan announced in late 2012 that a "bug" had been found in his office.

Turkey's daily newspapers published in late February a list of 7,000 people, including Prime Minister Erdogan, whose phones had been allegedly wiretapped for three years under the Anti-Terrorism Act by two prosecutors from the Istanbul Court.