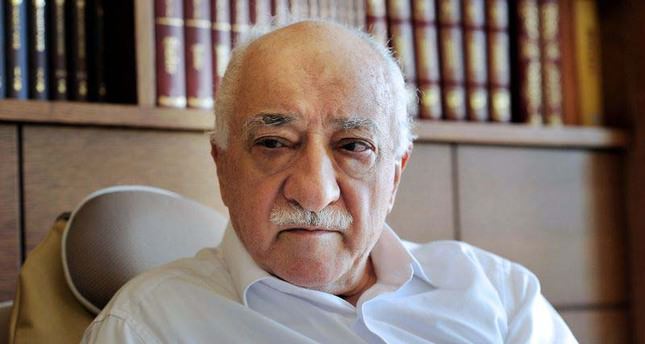 by Anadolu Agency Apr 29, 2014 12:00 am
ANKARA — In the interview with US broadcaster PBS, Prime Minister Recep Tayyip Erdoğan said he hoped the US would deport Fetullah Gülen and send him back to Turkey.

In the interview, Erdoğan said he hoped Washington, as a "model partner", would deliver on the issue. "At least they should deport Gülen," he added.

Gülen, 74, has lived in self-imposed exile in the US state of Pennsylvania since 1997.

Gülen is accused by the government of masterminding an illegal group using people loyal to him who were nestled within key institutions of the state, such as the police and the judiciary.

The Gülenist group – dubbed a "parallel state" – is allegedly behind a number of operations that the Turkish government says has damaged its reputation over the last three years, including an anti-graft probe last December in which the sons of three men who were then members of Erdoğan's cabinet were detained.

Speaking at parliament after meeting with deputies from his Justice and Development Party (AKP) party on Tuesday, Mr Erdoğan confirmed the extradition process "will begin", reports say.