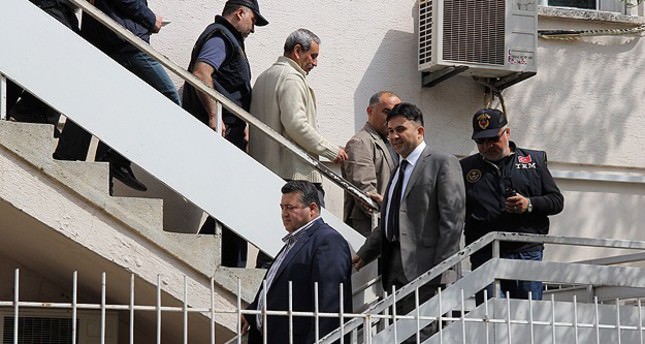 ADANA — A Turkish court approved on Monday an indictment on 8 policemen, including two police chiefs, who were charged as part of a massive probe into illegal wiretapping.

A criminal case was filed against the policemen on April 21 on the grounds of forgery of official documents, slander, illegal wiretapping and recording, and breach of privacy.

Deputy Public Prosecutor in the southern province of Adana, Ali Dogan prepared the indictment, which he said included charges that are based on 'concrete evidence.' Wiretapping scandals have made headlines in Turkey since Prime Minister Recep Tayyip Erdogan announced in late 2012 that a "bug" had been found in his office. Turkey's daily newspapers published in late February a list of 7,000 people, including Prime Minister Erdogan, whose phones had been allegedly wiretapped for three years under the Anti-Terrorism Act by two prosecutors from an Istanbul Court.

On Monday, a public prosecutor in Istanbul quizzed 25 people over the three-year phone-hacking allegations. Those called to bear testimony included Turkish Humanitarian Relief Agency IHH's Head Bulent Yildirim, author Mustafa Islamoglu, and journalists Hakan Albayrak and Ibrahim Karagul, all of whom were on the list.
Last Update: May 05, 2014 11:45 pm
RELATED TOPICS