Mine owner's absence of scruples tied to lack of liability 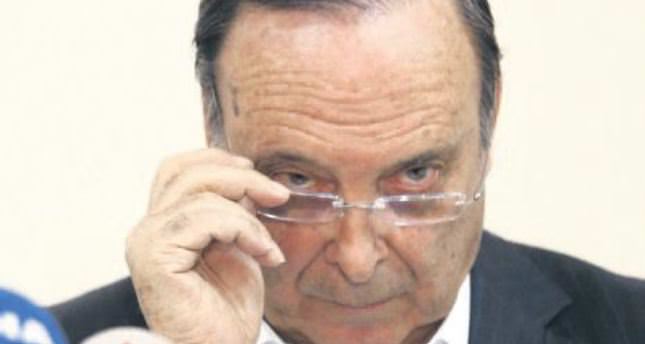 by Daily Sabah May 19, 2014 12:00 am
ISTANBUL — After the coal mine disaster in Soma where 301 miners were killed, it was revealed that there were no rescue chambers on site and that company owner Alp Gürkan had barely visited the mining area before. Insensitively, Gürkan seemed carefree during the press conference held on Friday. The reason for the devil-may-care manners of the owner of Soma Coal Enterprises became clear soon enough. It was disclosed that the company's board of directors reached a resolution that General Manager Ramazan Doğru would be the only official legally liable in case an accident happened in the mine. As lawyers say, Alp Gürkan and his son Can Gürkan, owners of the mine, may be able to escape punishment if legal charges were brought against them.

Gürkan tried to put all the responsibility on other people's shoulders by saying "We don't have negligence here. We were going to build a new rescue chamber which we didn't have to. The general manager of my mining company said our negligence was not even one percent.
I am waiting for the report. If he lied, he is the guilty one, not me."

According to the new Turkish Commercial Code, board members can be exclusively authorized and a single member can be responsible on his own for any kind of problem in a particular area. Although companies use this method generally for financial and tax issues, it was implemented for job security and accident risks by Soma Coal Enterprises. With respect to such an accident, all board members are taken into custody during the investigation process but when it comes to offense, Ramazan Doğru will be held responsible because of the board's resolution, meaning Doğru was chosen as a victim. As the law says, Ramazan Doğru, board member and General Manager of Soma Coal Enterprises is seen as the sole authority in the mining department of the company while owner Gürkan has no responsibility.
Minister of Labor and Social Security Faruk Çelik examined the site after meeting with survivors. "This mine has been inspected 24 times," said Çelik. "The deficiencies were remedied and when they couldn't be overcome, some areas were closed. We accept there might be a flaw in legislation and it should be renewed. Current flaws will be revised. We hope miners will work in safer areas and this kind of disaster will be prevented in the future." It has been found out that auditors who came to the mining area to investigate had never been to the Soma mine before.