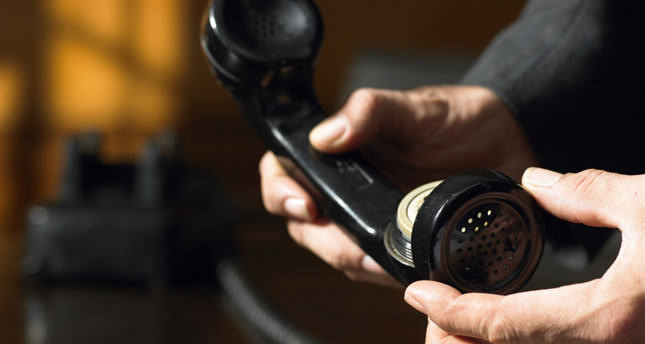 by Daily Sabah Jun 06, 2014 12:00 am
ISTANBUL — The Scientific and Technological Research Council of Turkey (TÜBİTAK) recently issued a report pertaining to the alleged tape recordings of Prime Minister Recep Tayyip Erdoğan, stating that they were fabricated. The expert witness report was sent to the Ankara Chief Public Prosecutor's Office on Friday stating that the tape recordings posted on social media platforms allegedly belonging to the prime minister and his family were fabricated by electronically cutting and pasting different syllables from different speeches under a single pool of voice recordings.

On the other hand, former Minister of European Affairs Egemen Bağış's alleged phone conversations with a journalist were also analyzed by TÜBİTAK under the scope of an investigation filed after Bağış filed a legal complaint claiming that the voice recordings did not belong to him. Accordingly, the court requested an expert witness report about the issue, which stated that the recordings were also fabricated as voice recording experts from TÜBİTAK reported that numerous tape recordings were combined into a single file, consisting of the combination of different syllables from different words.

A series of fake tape recordings of Recep Tayyip Erdoğan and his son, daughter and numerous ministers and politicians were published online prior to the March 30 local elections by agents affiliated with the Gülen Movement following the Dec. 17 operation. The tape recordings had numerous inconsistencies in time, content and location.

Previously, Turkey's National Television's (TRT) technical analysis determined that the tape recordings were assembled by putting together phone conversations from different periods. TRT HD Channel Coordinator Kürşat Özkök described the recordings as a cheap fabrication since they forgot to include background noise and there were also inconsistencies with the decibels and the audio segments used throughout the tapes.

The Gülen Movement is currently accused of wiretapping thousands of individuals including politicians, journalists, academics, NGO leaders and prominent figures. The movement denies the claims.