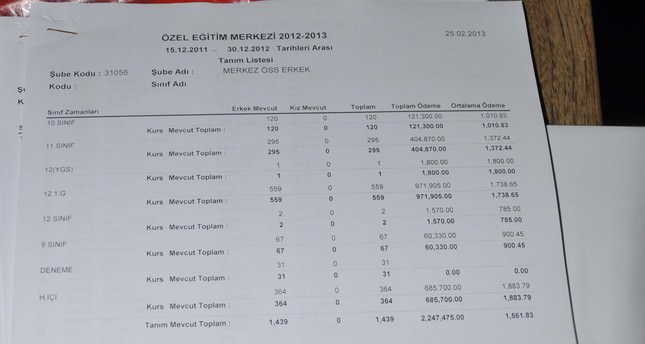 by Daily Sabah Aug 17, 2014 12:00 am
A Gülenist prep school in the eastern province of Elazığ has allegedly evaded taxes by claiming they had 2,829 students enrolled despite having 4,173. It has been recorded that all branches of Gülenist FEM prep schools followed the same procedure.

One of the employees (M.K.), who had been working there for 7 years but was fired 45 days ago when they found out he voted for the AK Party in March 30 elections, gave details in an interview with the Turkish newspaper Sabah. M.K. stated that there were two separate folders at the prep school. "When inspectors came we would give the official version of the folder, however all taxes and revenue activities were carried out through the second folder," said M.K.

According to the former employee, during the 2013-2014 school year, the Gülenist FEM School gained 7,153,598 Turkish Liras in revenues from 4,173 students. However, the 'official' numbers claimed to the taxes and revenue agency was 4,000,669 Turkish Liras for 2,829 students. The former employee added that they had forced them not to speak about this and to terminate previous years' files.

M.K., former employee fired from Gülenist prep school, stated there were 97 more people fired due to the same reason. M.K. said that he had taken copies of all files prior to terminating them and getting fired. 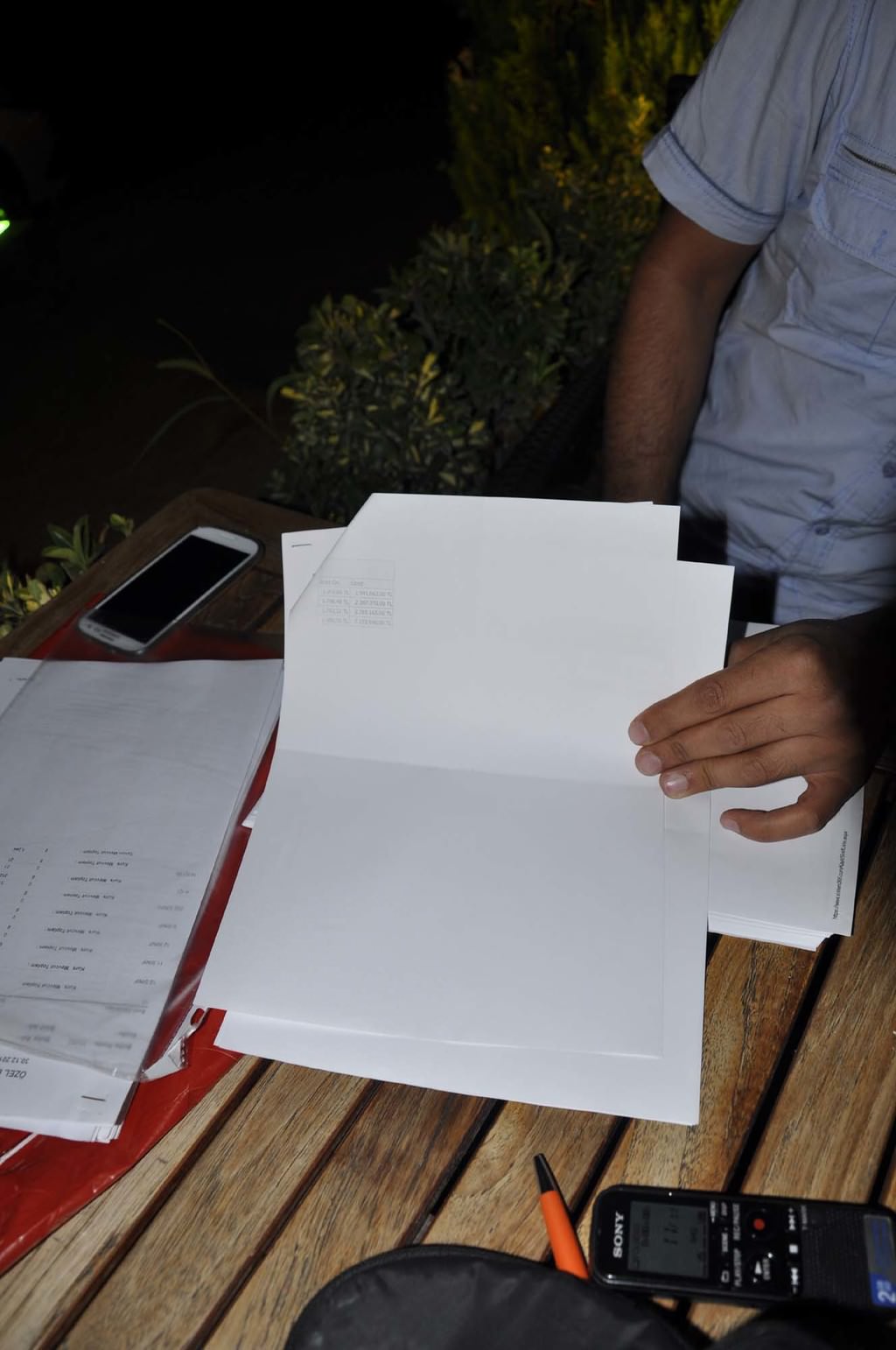