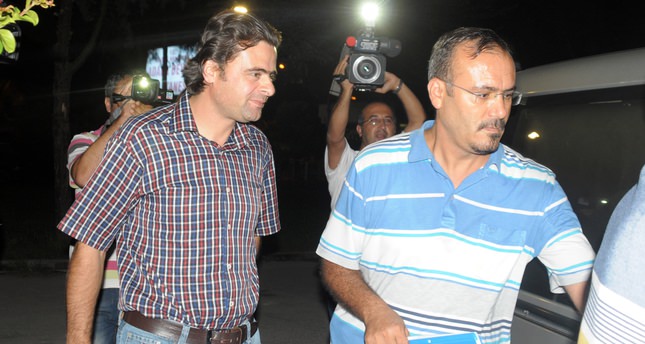 by Daily Sabah Aug 28, 2014 12:00 am
An arrest warrant has been issued for 12 police officers in Adana, a south Turkey province, who are believed to have connections with the Gülen movement who allegedly infiltrated key governmental bodies with the aim of overthrowing the Turkish government.

Adana Chief Public Prosecutor's Office issued the warrant on the grounds that the officers were engaged in illegal activities including invading the rights of privacy, illegally acquiring secret data and forgery in legal documents.

The investigation started in several cities including Diyarbakir in southeastern Turkey and Konya in central Turkey. One of the 12 officers has been arrested in Istanbul.
Last Update: Aug 29, 2014 2:41 pm
RELATED TOPICS