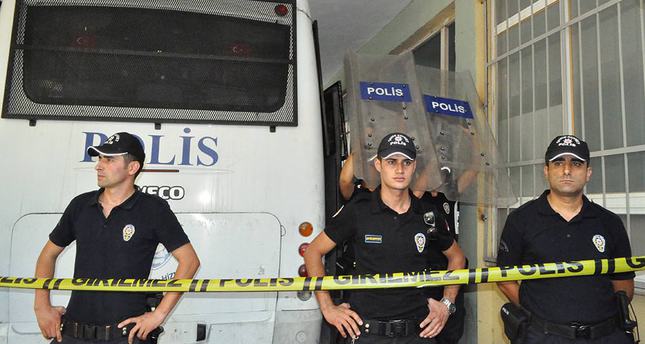 by AA Sep 05, 2014 12:00 am
Turkish authorities have arrested three more police officers early Friday as part of an investigation into alleged wiretapping, a day after five were arrested and seven others released with travelling restrictions.

An Istanbul court ruled that the police officers were involved in an "illegal formation." It also ordered the arrest of three out of eight police officers who had been referred to the court on Thursday afternoon.

The investigation is linked to corruption allegations from December 2013 against former prime minister Recep Tayyip Erdoğan's government, which described them as a coup attempt by a "parallel structure."

Erdoğan has accused the Gülen movement, a religious network led by U.S.-based Islamic preacher Fethullah Gülen, of infiltrating the Turkish state and attempting to overthrow the government.

Following the corruption scandal, Erdoğan and his government would move against supporters of the movement allegedly embedded in the police and judiciary.

Several high-profile figures, including the sons of three former government ministers and leading business figures, were arrested and then freed in December 17 and 25 anti-graft operations.