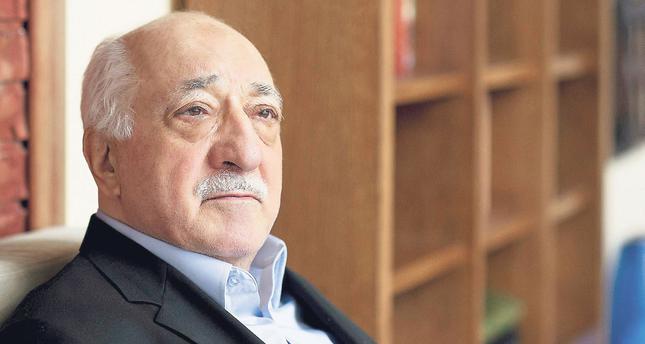 Turkish Justice Minister Bekir Bozdağ yesterday announced that Turkish and the U.S. intelligence agencies will cooperate on the extradition of U.S.-based imam Fethullah Gülen, who is believed to have orchestrated the Dec. 17 and 25 operations to overthrow the Turkish government

Commenting on Gülenists' infiltration of judicial bodies in the country, Bozdag said that "the judicial system belongs to the Turkish people, not to Fethullah Gülen," after Turkish President Recep Tayyip Erdogan requested from U.S. President Barack Obama during the NATO summit last week that Gülen be deported or sent back to Turkey. Prime Minister Ahmet Davutoglu said "If there is an organization trying to overthrow legitimate authority in Turkey established through democracy - and there is - and if this organization has connections with someone residing in Pennsylvania, then we of course have the right to make demands from the U.S. for the termination of these illegal activities." Commenting on the movement's attempt to overthrow the government, Davutoglu said Gülen's attempt to shape politics makes him the leader of the Gülenist structure in the state apparatus and thus, Turkey has the right to demand Gülen's deportation.

In his remarks regarding the Gülen Movement, which allegedly tried to topple the elected government, Davutoğlu said, "If someone abroad is undertaking activities to shape the politics in Turkey, then that person's legal standing takes on a different structure. He then becomes part of political operations and leader of that organization.

In that case, the circumstances do change. We have the right to ask these steps be taken, accordingly, Turkey's demand for Gülen's deportation is legitimate."

The government's judicial process against the Gülen Movement has taken on a different dimension, Davutoğlu said. "The circumstances are not the same as they were two or three months ago," he said. The government acquired further proof through recent operations and other investigations that support the illegal nature of the movement's activities, according to Davutoğlu. "Steps will be taken in connection with the current legal process," he said.

Erdoğan and senior government officials conveyed the espionage activities of the movement in Turkey to U.S. officials during the NATO summit.
Prior to his departure for Wales, Erdoğan reportedly told members of the press on his airplane that he was going to tell Obama to "deport him [Gülen] or give him to us. Let him come and live in his own country if he says he hasn't committed a crime. Phone calls of the prime minister and ministers of this country have been wiretapped. Is there a need for further proof for their illegal activities?They will deny these activities, and are on the verge of destroying all evidence by extracting the electronic devices."

The Gülen Movement is accused of wiretapping thousands of people including Turkish government officials and encrypted phones, with the help of affiliated members of law enforcement, public prosecutors and judges. Gülen's followers are believed to have orchestrated a corruption probe against Erdoğan and his inner circle, which emerged last December, in order to overthrow the government.

The movement has recently been included in the Turkish National Security Council's (MGK) counter-terrorism's domestic and foreign security threat section.Even though the movement is identified as a national threat for Turkey, it has not been added to Turkey's Red Book that commonly includes the country's security policies.The Red Book is updated every five years in line with new developments and the latest edition was updated in 2010. The Gülen Movement's inclusion to the Red Book is on the agenda of the MGK for the upcoming years.

Prior to his presidential election victory, Erdoğan denounced the Gülen Movement and said, "If the Dec. 17 and 25 coup attempts were successful, we [government figures] would now be standing trial. But we fight not for ourselves, but for the nation."In his speech, Erdoğan also dared the Gülen Movement, saying that he will never let organizations and movements exploit religion if he gets elected president.