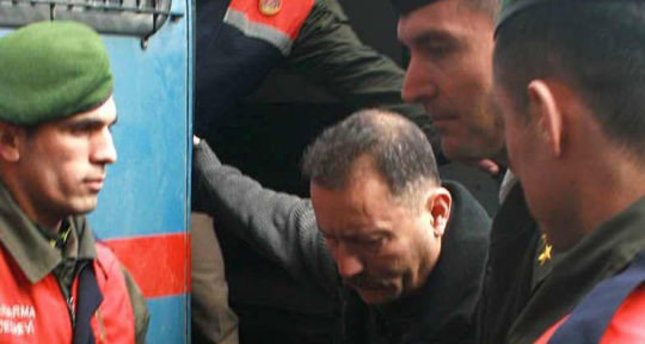 by Daily Sabah Sep 18, 2014 12:00 am
Prosecutors asked a Turkish court to charge nine suspects, including military officers, with terrorism after the murder of 22 people in a southeastern Turkish town between 1992 and 1996.

Eşref Hatipoğlu, who was a gendarmerie commander in the southeastern Turkish province of Diyarbakır at the time of the murders, and two other top military officers in the town of Kızıltepe, where the murders took place, are accused of involvement. Suspects, including five "village guards" or members of paramilitary units tasked with fighting the terrorist organizations in the region, are charged with "founding and running a terrorist organization" and murder.

A court in the Mardin province, where Kızıltepe is located, accepted the indictment, and the first trial will be held in November. The prosecutors' indictment is based on an account of a secret witness who told prosecutors that Hasan Atilla Uğur, a Kızıltepe gendarmerie commander, carried out a campaign of murder and torture under the guise of counterterrorism activities. Uğur, a retired colonel, was tried earlier in the Ergenekon trial in which military officers, journalists, academics and dignitaries faced charges of running an armed organization with the intention of overthrowing the government.

Prosecutors said in their indictment that several eyewitnesses and families of victims were interviewed after secret witness accounts. The indictment says Uğur and others were part of a secret intelligence organization, JİTEM, working for the gendarmerie command and committing murders for JİTEM. Suspects are also accused of torturing people and forcibly evacuating villages in the region.

Unsolved murders plagued southeastern and eastern Turkey in the 1990s. Largely populated by the Kurdish community, the region was the scene of violent attacks targeting civilians and security forces, perpetrated by the terrorist organization PKK. Murders were common in that decade with PKK collaborators and innocent victims randomly killed. The killings were attributed to a shady campaign by the governments resorting to heavy-handed tactics to end the PKK terrorism or culprits from the "deep state," a secret organization composed of bureaucrats, law enforcement, military officials and mobsters. Yet, those allegations, mostly by the families of victims, remain unproven as the investigation into murders in Kızıltepe and other towns across the southeast are still underway.
Last Update: Sep 18, 2014 5:01 pm
RELATED TOPICS