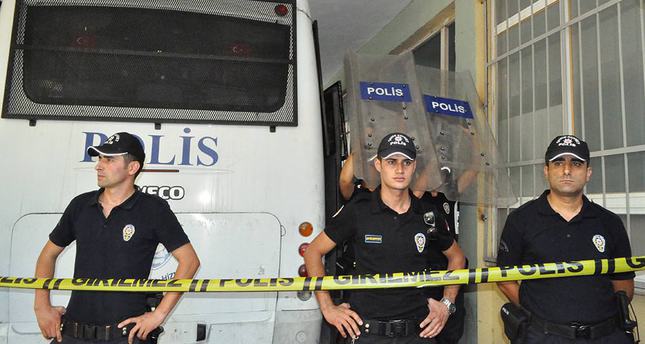 by Daily Sabah Oct 02, 2014 12:00 am
Seven police officers who allegedly have ties to the controversial Gülen Movement were arrested by the Antalya prosecutor's office under the scope of an unlawful wiretapping investigation on Wednesday.

14 officers were detained earlier this week, while seven of the officers were released and the other seven officers were transferred to the court on duty with the demand to take them under custody.

The Gülen Movement is a transnational movement led by the controversial U.S.-based imam Fethullah Gülen who lives in self-imposed exile in rural Pennsylvania is accused of wiretapping thousands of people including Turkish government officials and encrypted phones. It has over 140 private schools throughout the world including the United States, Europe, Asia, and Africa. It has been accused of infiltrating into state institutions in Turkey and overthrowing the government.