Prosecutor’s preliminary report released from the flooded mine 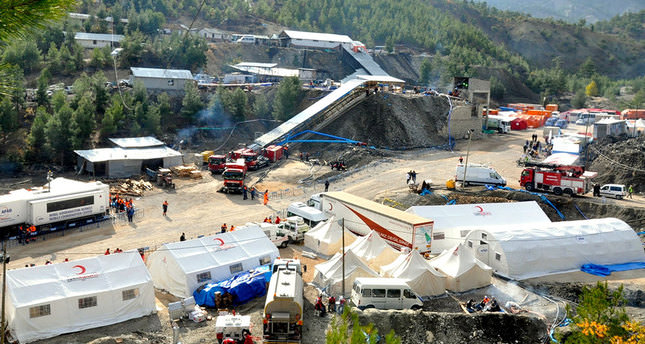 by Daily Sabah Nov 03, 2014 12:00 am
The office of the Public Prosecutor of Ermenek district notified the press on Monday about the investigation being carried out into the mine flooding, which trapped 18 workers on October 28.

According to the preliminary report, the accident happened as water became trapped inside an old gallery, causing a build-up of pressure which resulted in sudden flooding, the statement said.