Up to three-year imprisonment sought for TOMA-operator 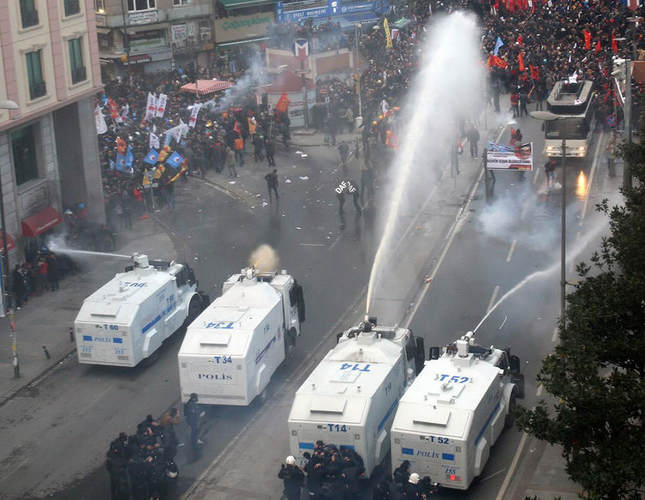 by Anadolu Agency Nov 17, 2014 12:00 am
Prosecutors are seeking a three-year prison sentence for a police officer who operated one of the anti-riot water cannon vehicles (TOMA) during protests over the Soma mine accident in May.

The 26-old police officer, Hakan Y., is accused of injuring the photojournalist Pembegül Gökçek via the water cannon vehicle, who fell as a result of the pressured water.

The Istanbul prosecution office is asking for an imprisonment of up to three years.

The accused said in his statement, "I used the water cannon upon my superiors' commands. I had no intention of committing an offense."

The trial of the police officer will start in the upcoming days at Basic Criminal Court.