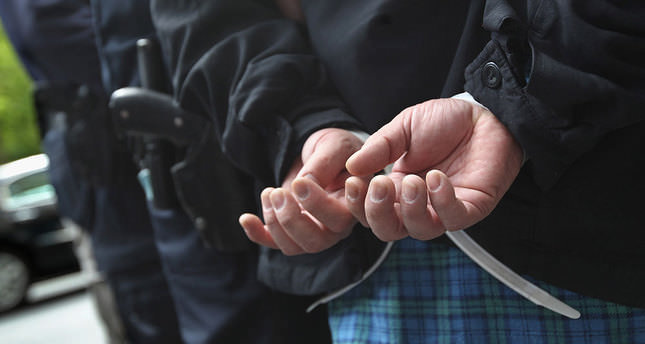 by Daily Sabah Dec 03, 2014 12:00 am
Turkey's Prime Minister Ahmet Davutoğlu announced on Wednesday that 16 people suspected of the brutal murder of Yasin Börü and three other friends during the Kobani protests have been arrested by the police.

Diyarbakır's Chief Public Prosecutor's Office released a statement confirming the arrests and stating that five other suspects are being sought in connection with the murders.

Yasin Börü, Hasan Gökgöz, Hüseyin Dakak and Riyat Güneş were brutally murdered during the Kobani protests that took place on October 6-7, which also claimed dozens of lives. The victims were beaten to death, tortured, and run over by a car due to suspicions that they had links with the self-proclaimed Islamic State of Iraq and al-Sham (ISIS).

Propelled by a call from the pro-Kurdish People's Democratic Party (HDP), the protests turned into a violent conflict between pro-PKK groups and supporters of HÜDA-PAR, a party which claims to have ties with the former Kurdish Hezbollah, PKK's arch enemy.

The protests were staged under the pretext of being against Turkey's foreign policy and stance against ISIS's siege of the Syrian town of Kobani, a predominantly Kurdish inhabited area under the control of the PYD, who is regarded as the offshoot of PKK.
Last Update: Dec 03, 2014 4:50 pm
RELATED TOPICS