Another suspect arrested over brutal killings in Kobani protests 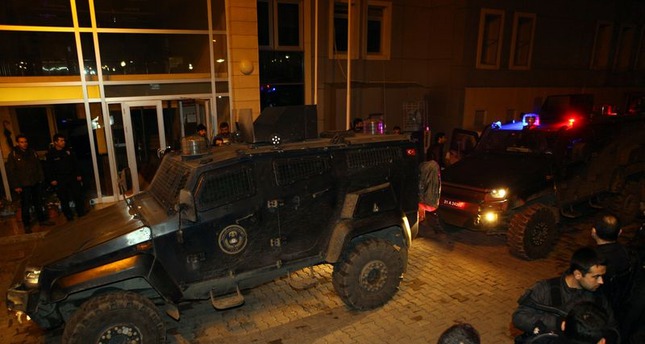 by AA Dec 24, 2014 12:00 am
Another suspect has been arrested and referred to court as part of an investigation into the murder of four young people during pro-Kurdish protests in southeastern Turkey in October, officials said Wednesday.

The suspect was accused of deteriorating the country's unity and integrity and torturing an individual to death.

A total of 27 suspects, including five children, have been detained over the gruesome killings.

The perpetrators were alleged supporters of the outlawed Kurdish Workers' Party, who took to the streets after a call by the pro-Kurdish Peoples' Democratic Party.

Protests erupted after the Syrian town of Kobani came under attack by ISIS militants. It was alleged that the government was not doing enough to help the mostly-Kurdish population there.

On Oct. 5, the slain youngsters were chased down and brutally killed on the second day of Eid al-Adha as they distributed food aid to Syrian refugees.