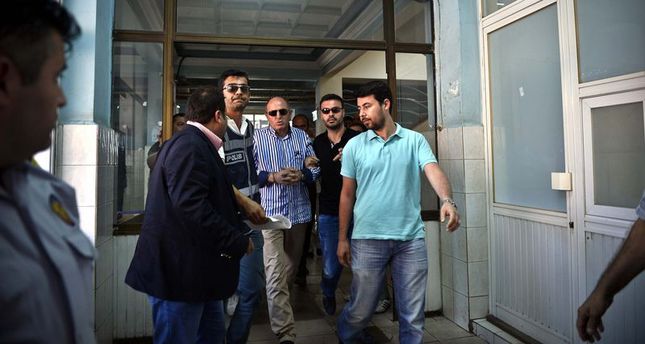 by Daily Sabah Dec 26, 2014 12:00 am
Five Gülenist suspects, including former Istanbul police chiefs Ali Fuat Yılmazer and Yurt Atayün, were referred to court on Friday as part of the Dec. 14 Tahşiye operation.
The five suspects, former Istanbul police chiefs Ali Fuat Yılmazer and Erol Demirhan, former Istanbul elite anti-terror unit chiefs Ömer Köse and Yurt Atayün and former deputy police chief Kazım Aksoy, were already in prison for a separate case involving illegal wiretapping. They were sent to court after their testimonies were taken by the Istanbul Terrorism Organized Crime Unit prosecutors.
After the nine-hour-long interrogation, prosecutor Hasan Yılmaz decided to send the suspects to the Istanbul 5th Criminal Court. They are facing charges of "being a member of terror organization," "slander" and "forgery of official documents."
Last Update: Dec 26, 2014 8:25 pm
RELATED TOPICS