Fener boss back in dock for match-fixing retrial 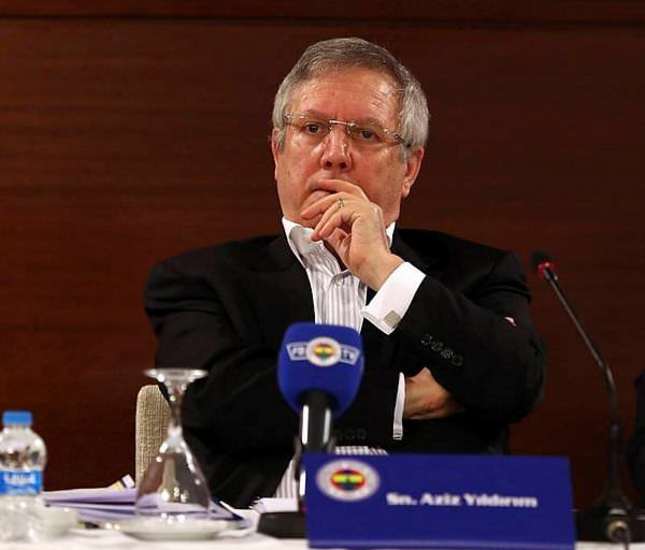 by Yusuf Ziya Durmuş Jan 13, 2015 12:00 am
Fenerbahçe President Aziz Yıldırım and five other defendants appeared before an Istanbul court yesterday for their retrial in a match-fixing case. Yıldırım and others have sought acquittal, claiming they were victims of a plot and convicted on false evidence. The Fenerbahçe president had implied earlier that he was targeted by the "parallel structure," or state within a state linked to the Gülen Movement.

The defendants were released after their appeal for a retrial was upheld by the Supreme Court of Appeals. Aziz Yıldırım served one year in prison in 2012 after he was found guilty of involvement in match-fixing in several matches, and of running a criminal gang during a 2011 investigation. He was originally sentenced to six years in prison.

They sought a retrial claiming that audio tapes of defendants' phone conversations, presented by prosecutors as evidence implicating them in the case, should be dismissed on the grounds of a new legal amendment against wiretapping. Yıldırım was facing a two-year prison term after the Supreme Court of Appeals upheld a lower court's ruling when he appealed for a retrial.

Yıldırım attributed his imprisonment and the preceding allegations of match-fixing to a "parallel structure," a name commonly used to describe alleged infiltrators from the Gülen Movement in the police and judiciary. Parliament has recently enacted new regulations that effectively abolish specially-authorized courts, including the one which tried Yıldırım and other defendants. The courts were accused of being home to Gülenist infiltrators, and the movement is accused of imprisoning its critics through trials based on fabricated evidence.

In December 2014, Yıldırım filed a complaint against prosecutors and other officials behind the investigation. He claimed the case was planned long before the investigation was initiated and claimed he was illegally wiretapped.

Earlier, Duygun Yarsuvat, chairman of Fenerbahçe's main rival Galatasaray, had claimed that the Gülen Movement had asked for a $50 million bribe from Yıldırım, and launched the match-fixing case when he refused.

Trabzonspor, another Fenerbahçe rival, is a plaintiff in the trial, claiming match-fixing resulted in the club losing the championship in the country's Toto Spor Super Lig. Trabzonspor officials claim the retrial is against the law, and say that the evidence in the case is not fabricated.
Last Update: Jan 13, 2015 4:19 pm
RELATED TOPICS