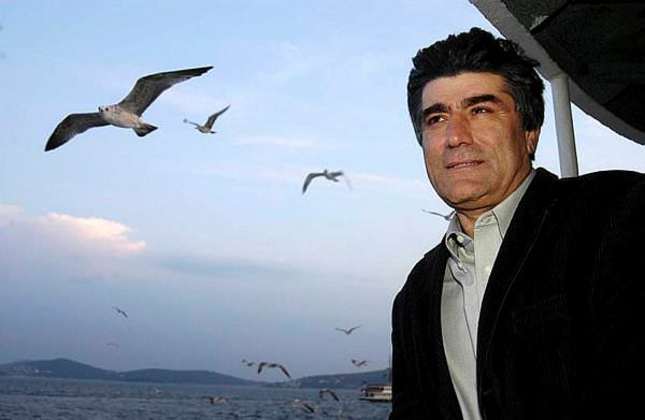 by Anadolu Agency Jan 14, 2015 12:00 am
A senior police officer, suspected of negligence in the murder of Turkish-Armenian journalist Hrant Dink in 2007, was released on conditional probation by an Istanbul court on Wednesday.

Ercan Demir, who is the police chief in the town of Cizre in Turkey's southeastern province of Şırnak, was on duty as chief at the police department in the Black Sea province of Trabzon when Hrant Dink was killed in Istanbul.

Demir was questioned by an Istanbul prosecutor on Monday. He rejected accusations of "causing death due to negligence." He is forbidden to leave Turkey.

Two other police officers, also from Trabzon, were arrested on Tuesday in the negligence probe related to Dink's murder.

Özkan Mumcu and Muhittin Zenit are accused of "causing death due to negligence" and "professional misconduct."

Dink's murderer, Samast, who was 17 years old at the time, was tried and convicted in 2011.

Dink was the editor-in-chief of the weekly Agos, and was considered to be one of the most prominent Armenian voices in Turkey.

Samast, who is serving a sentence of 23 years in prison, said that he had killed Dink for insulting "Turkishness."